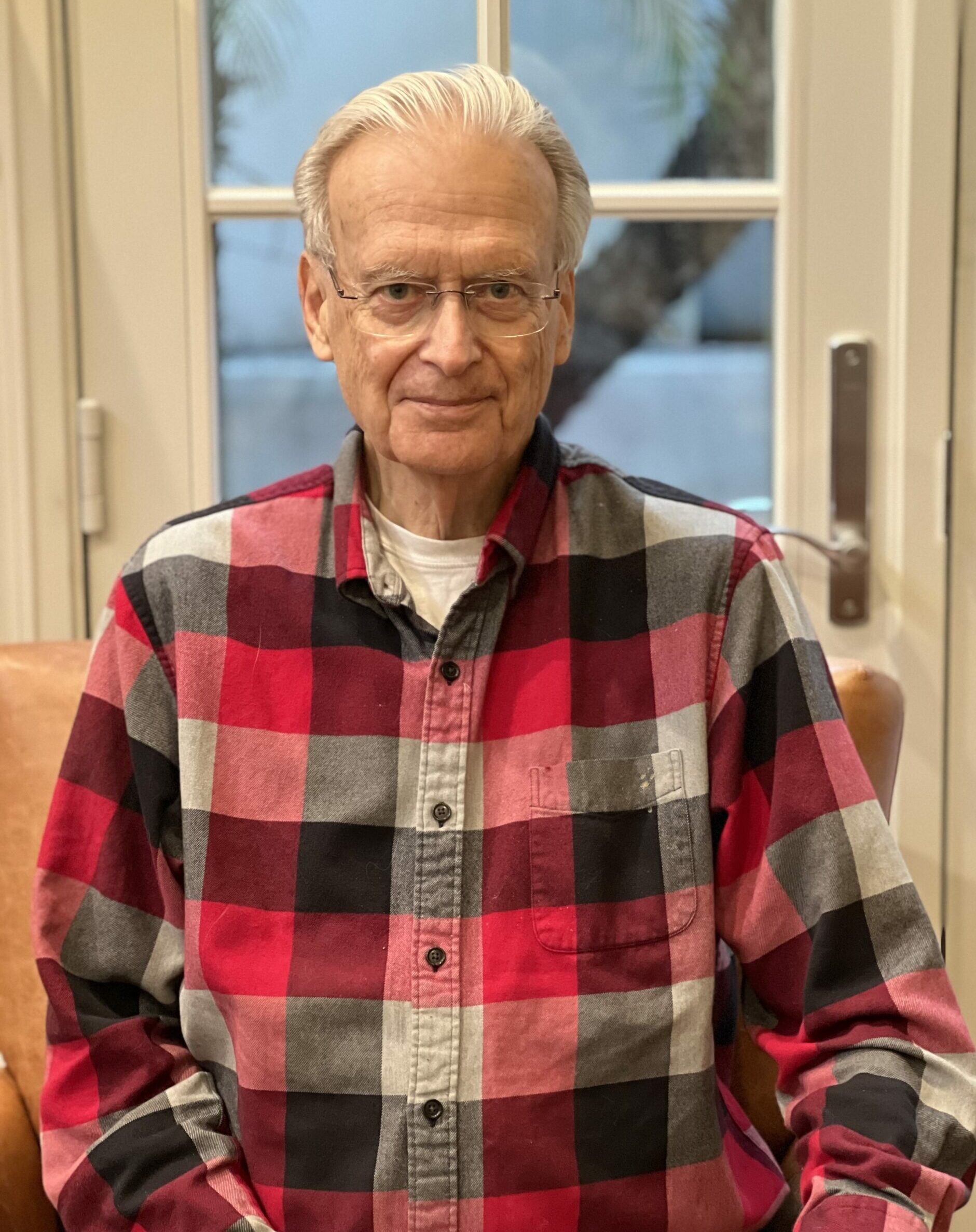 Michael Carpenter, age 79, long-time resident of Manhattan Beach, California, passed away on September 14, 2022 after a hard-fought battle with cancer. He is survived by his loving wife Linda Howard Carpenter, her children Dan Howard (Valencia) of San Jose, California and Kate Krueck (Jim) of Westerville, Ohio, five grandchildren, three siblings, John (Anne) of Lakeville, Minnesota, Susan Evans of Northfield, Minnesota, and Paul (Liz) of Sonoma, California, and many nieces, grand-nieces and grand-nephews. Mike was a loving husband, devoted to his stepchildren and step-grandchildren, and a role-model for his younger siblings. He was an accomplished aeronautical engineer, U.S. Air Force Officer and Vietnam War veteran, and avid collector and restorer of his beloved Jaguar motorcars.

Michael F. Carpenter was born to Forrest Almon Carpenter and Juanita (Engebretson) Carpenter on October 29, 1942 in Minneapolis, Minnesota. Mike was their first child and at age four accompanied them to the Des Lacs National Wildlife Refuge near Kenmare, North Dakota where Forrest was employed with the U.S. Fish & Wildlife Service as the refuge’s manager. After two years at Des Lacs, the family returned to the Minneapolis suburb of Richfield where Mike and the rest of the children were raised.

Mike had an avid interest in model airplanes in his youth which undoubtedly contributed to his choice of profession, and he joined the Minnesota Civil Air Patrol while in high school. Thus, after graduating from Richfield High School in 1960 he matriculated at the University of Minnesota’s Institute of Technology where he majored in aeronautical engineering, graduating in 1964. While at the U. of M. Mike became active in the U.S. Air Force’s Reserve Officer’s Training Corps (ROTC) program. In 1963, Mike was made Cadet Commander of the 400 Air Force cadets in the program and he was an officer in the Air Force’s Arnold Air Society.

After graduating from the U. of M. Mike received his Air Force commission in August 1965, ultimately rising to the rank of Major before his retirement in 1985 after 20 years of service. As an Air Force officer Mike was first assigned to duty at McClellan AFB near Sacramento, California. He would be a Californian for the rest of his life. At McClellan Mike worked on fighter aircraft engineering and repair. He was assigned to several tours of duty in Vietnam from 1966-67 where one of his tasks was to travel to U.S. aircraft crash sites behind the lines to assess the damage and decide whether they could be repaired and flown out. Following his Vietnam service Mike returned to graduate school at the University of Missouri, Rolla, where he earned a Masters in engineering management. In 1973 Mike was assigned to the Air Force’s Space Division Headquarters in El Segundo, California where, among other things, he worked on the integration of satellite payloads into the upper stages of the various launch vehicles. After his retirement from the Air Force in 1985, Mike took a position with The Analytic Sciences Corp. (TASC) in Los Angeles where he worked on space-related aeronautics for over 25 years before retiring a second time in 2010 from Northrop Grumman.

Mike met Linda in 1997 and they married in 2000. Mike and Linda fully enjoyed life together, attending car races and car shows, the philharmonic, plays at local theaters, Wagner’s Ring Cycle opera among others, and tennis tournaments. They went to Yosemite every summer and traveled to Minneapolis and Chicago many times. At the time of his death, Mike and Linda had celebrated 22 years of marriage.

Mike had many special qualities as a person that will always be remembered. He was meticulous and precise in his craftsmanship, and it showed in his engineering drawings and the detailed work on his cars, in common tasks like house painting, and even in the letters he wrote to family and friends. He loved a good story and had an infectious laugh when he encountered one. He was devoted to his wife, his parents’ and his siblings’ well-being and as the oldest child could be counted on to take responsibility when it was required. He treated everyone he met with gentle kindness and respect.