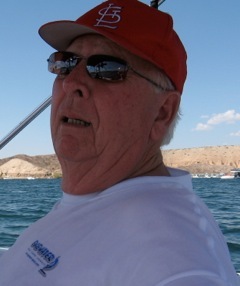 Michael Bruce Steven Smith passed away early on the morning of June 16th, in a peaceful manner surrounded by loved ones. Born in Los Angeles to June Smith Pechac and Bruce U. Smith on January 24th 1940, Michael enjoyed a happy childhood before graduating Morningside High School in 1957. The following year, he married his wife of 56 years Carolyn Prescott Smith on September the 6th. In 1960, Mike and Carolyn moved to the city of Torrance, where they would become fixtures of the community. They had three children: Lori Lynn Smith (1960), James Michael Smith (1962) and Lisa Carolyn Smith (1966). While raising his own children, Mike soon became a father figure to an entire generation of children through his involvement in Tordondo and West Torrance Little League, often coaching his children's and grandchildren's baseball and softball teams. In fact, many who know Mike would site his love of games, sports, and fun as contributing to why he was so loved and respected by so many. Mike was also possessed of a great devotion to those he loved, as evidenced by his eagerness to assist his mother, his wife, or anyone else who asked. He worked tirelessly in every aspect of the automotive industry before he opened his own shop, Mr. M's Custom Chrome Center, in the 60's. Later he owned M&D Brake and Hobby Creations, serving his home and adjoining neighborhoods for over 5 decades. Those who knew Mike best will tell you about his classic tastes: he loved classic cruisers, golden retrievers and good old fashioned rock 'n' roll. Mike was even known to still cut a rug well into his seventies when occasion permitted. Mike loved to cruise the beach in the afternoons. Regularly, Mike and Carolyn attended Cruisin' Fifties South Bay Car Club shows in his classic Chevy and Buick cruisers with their signature Lemon Drop paint jobs. He was a fan of NFL football, especially his beloved Raiders, even continuing to follow the team when they relocated. More than anything, Mike enjoyed the company of those he loved. Though his demeanor was occasionally gruff, no one could ever doubt how much love underpinned his attitude at all times. In fact, it's impossible to deny Mike's gentle kindness, overall friendliness, and his boisterous persona. His presence will be greatly missed everywhere that he used to go. Mike is survived by his wife Carolyn; his three children Lori, Jim (Tracy), and Lisa (Kevin); his eleven grand children Nikki, Zack, Stephanie (Matt), Cory, Steven, Ted, Kyle (Mirielle), Tim, Ashley, Tiffany and Adam; his mother in law Nellie; sister in law Gloria; brother in law Doug; and his newborn great grand daughter, Ella Rose. Funeral services will be held at 11 a.m. this Saturday, June the 21st, at the LDS Chapel on 715 Knob Hill in Redondo Beach. Friends with classic cars are encouraged to bring them to the funeral, as his family believes it would have made Mike smile.