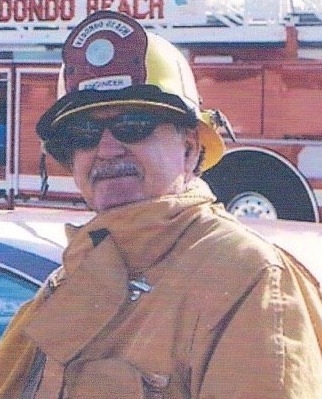 Michael Anthony Murphy of Manhattan Beach, CA, beloved brother, father, grandfather, and friend passed away on February 18, 2015 at the age of 66 of a heart attack. Mike was born on June, 13 1948 in Los Angeles, CA to Patrick Joseph Murphy and Marie Cremins Murphy. He was raised in Playa Del Rey and attended St. Bernard's High School. He attended UCLA and Long Beach State and graduated with a degree in English Literature. Mike joined the fire department in 1974 and proudly served the city of Redondo Beach as a firefighter and fire engineer for 34 years. The fire department became a second family for Mike and he will be best remembered among his firemen "brothers" as a great story teller and good natured prankster. In addition to being a firefighter, Mike was an accomplished general contractor, an avid horseman, an adventurer, and a car enthusiast. He will be well remembered by all who knew him for his generous spirit, adventurous nature, and winning smile. Michael is survived by son Patrick (Robyn) Murphy; grandchildren Kelly Michael and Lila Marie; sister Kathleen Justice Murphy and brothers, Monsignor Jerimiah Murphy and Patrick Murphy. He will be greatly missed by his loving family, many friends and his fire department family. A funeral mass will be held on Wednesday, February 25 at 10am at St Victors Catholic Church in West Hollywood. Burial will be private. The family has requested in lieu of flowers that donations be made to the Redondo Beach Firefighter's Community Relief Fund.