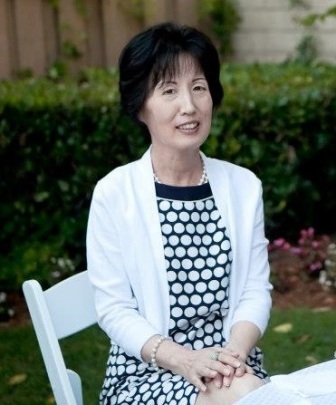 In Loving Memory Mi Sun (Yu) Cuffley August 20, 1961 - January 7, 2017 Mi Sun Cuffley passed away peacefully at home on Saturday, January 7, 2017 after a long battle with cancer. She is survived by her husband Charles David; son David Ryan and daughter Rebecca Jean. She also leaves behind two grandsons; three brothers; two sisters and several nieces and nephews. She dedicated her life to raising her children and did her best to live according to her faith. A devout Christian, she served as a deacon at the Korean Presbyterian Church in Goldsboro, NC in the early 90's. She was very generous to everyone she met and had a soft spot in her heart for animals, especially cats. Later in life, she explored her artistic side and created numerous paintings of animals and birds. Many of her paintings had a religious theme. Anyone who knew her knew that she had a selfless and kind heart and she will be dearly missed. The funeral will be held at Rice Mortuary on Torrance Blvd., Friday January 13, 2017 at 4 pm. A viewing will precede the funeral beginning at 2 pm.