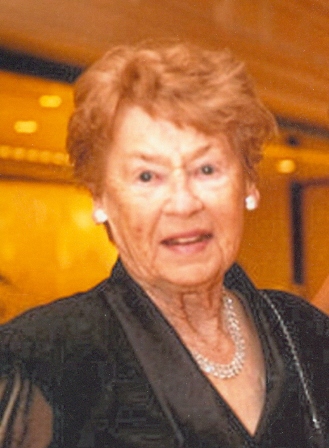 Meriam "Helen" Czuleger, a 78 year resident of Redondo Beach, passed away on Tuesday, January 29th after an incredible 91 years of life. Helen, a registered nurse for 60 years, had a passion for research in the fields of science and medicine. She loved her home in Redondo, but also treasured her hours at the family cabin in Crestline. A devoted wife, mother and grandmother, Helen was preceded in death by her husband of 56 years, John A. Czuleger. She is survived by her son J. Stephen Czuleger (Rebecca) and daughters, Meriam Wilhelm (William), Joan Summers (Steve), Sharon Fistonich (Ante) and Karen Strgacich and 12 grandchildren who were the center of her world. Services will be held at St. Lawrence Martyr on Saturday February 2, 2013 at 12:00 pm. Burial will be at Holy Cross Cemetery in Culver City. A reception will follow at the family home. In lieu of flowers, the family requested that donations be made to the Student Nursing Program at Cal State Long Beach.