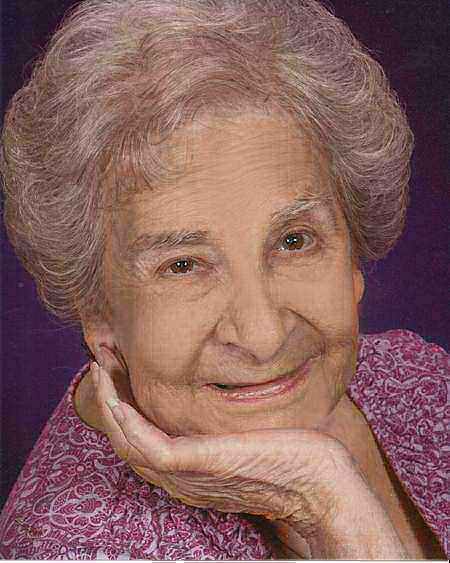 Mercedes "Nena" Sinaguglia, age 88 of Torrance, CA, died Monday September 23, 2013 at home with her family. Nena was born October 28, 1924 in Tampico, Mexico to Salvador and Ruth Amezcua. Nena was preceded in death by her husband of 56 years, Ignatius "Lenny" Sinaguglia, and her two daughters Judith Elwell and Karen Sinaguglia. Nena was a member of the Altar and Rosary Society at Our Lady of Guadalupe Church, a member of St. James Catholic Church, Centinela Valley Lodge # 1991 Order of the Sons of Italy in America and a member of the Catholic Daughters of the Americas. Nena worked for several years as a Secretary to Cardinal Timothy Manning at the Los Angeles Chancery Office, a cafeteria worker in the Redondo Beach School System and for some 15 years with the May Company in Redondo Beach. She is survived by her two sons, Mark and his wife Pamela and Brian along with his wife Dolores, all from Torrance, CA. She left three grandchildren, Cody Sinaguglia of Torrance, Jessica Elwell of Gulfport, MS and Jason Elwell of Fontana, CA. She also has four great grandchildren, Brody, Jordyn, Lily and Jaxon of Gulfport, MS A Rosary and Mass will be said on Friday, October 11th at 10AM at St. James Catholic Church at Pacific Coast Hwy. and Diamond St. in Redondo Beach, CA.