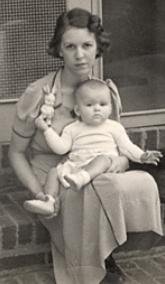 Whittlesey, Melva Bernice, a 35 year resident of the South Bay, passed away on Monday, December 24, 2012. Born in Detroit, Michigan August 2, 1913, she was 99 . Melva was employed by the Detroit Bank & Trust Company where she met her future husband, Matthew Beale Whittlesey, Jr. Following the birth of their third child they moved to California in 1951 where Matthew and his brother George opened the car dealership Whittlesey Motors. And where Melva followed her passion for acting with the Palos Verdes Players. Upon Matthew's death in 1954, Melva found employment with North American Aviation. She loved gardening, knitting, painting and ceramics and was an avid runner and skier. She retired to Arizona where at age 68 she learned tennis and golf and performed along with her sister Charlotte with the Dancing Grannies. Melva is survived by her daughter, Diane (James) Sharp of Hermosa Beach, CA; daughter, Sydney (Gerald) Springer of Newport Beach, CA; son, Matthew (Mary) Whittlesey of Arroyo Grande, CA; sister-in-law, Gerda Whittlesey of Blacksburg, VA; 6 grandchildren; and 5 great grandchildren. She was preceded in death by her parents, Bernice and William Curtis; and her husband Matthew Beale Whittlesey Jr. The Memorial Service will be held at American Martyrs Catholic Church on Thursday January 3, 2013 at 3pm. Internment will take place at Woodlawn Cemetery in Detroit, Michigan. In lieu of flowers, donations may be made to the Susan G Komen Society, the Leukemia & Lymphoma Society (ILLS), or the National Multiple Sclerosis Society.