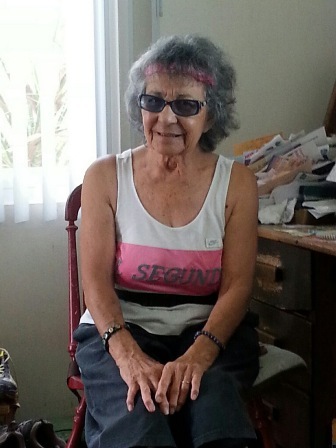 Melda Dean 85, Jan.23, 1929-Oct 18, 2014 "The Dean of El Segundo Female Runners". Many El Segundo townspeople knew her because she was a 54+ year resident, who trained on the streets of El Segundo many years for her ultra-marathon runs. She began running at the ESHS Track by the prodding of her late husband Ben at the age of 43. This led to two decades of completing in the most difficult ultra marathons in the country; including "Ice Age 50" in Wisconsin, the "San Juan 50" in Cleveland National Forest, the "14 -mile Ascent Race" up Colorado's 14, 000 ft Mt. Whitney and the 26 times she completed Pikes Peak up and back. And the Western States 100, In 29 hours! ES Mayor Jack Siadek honored her back in 1987 for running 70 miles around the city of El Segundo for its 70thanniversary of incorporation. All of her running paralleled with her love of nature and dedication to the animals. She is survived by her Daughters Vanessa and Francesca. An Open House Funeral Service will be held Thursday October 30 from 12:30 to 4pm at Pacific Crest Cemetery in Redondo Beach, 182nd Street and Inglewood Avenue; the same place we held Ben's service 4 years ago.