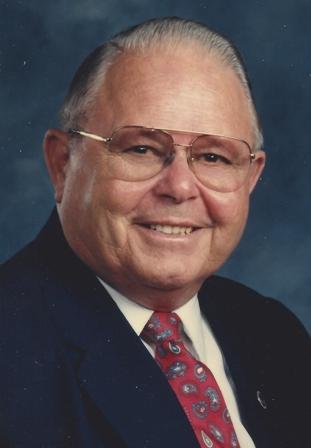 Harold Edward Hofmann, a life-long resident of Lawndale, passed away on Saturday, November 16, 2013 at home surrounded by his family. Born in Montebello, CA, Harold was 81 when he died. He had served in the Army during the Korean Conflict. Harold had three loves in his life. He loved God, his family and the City of Lawndale - the people he served as an elected official for over 33 years. He was also a member of the Hawthorne Church of the Nazarene and attended faithfully for 74 years. He served as "temporary" song director for approximately 45 years as well as serving on many church boards and committees. He was a Councilman for 10 years before serving over 23 years as an elected Mayor. He considered it an honor and privilege to be the "Peoples' Mayor". He served on many boards throughout the county of Los Angeles as well as being the past president of the California Contract Cities Association. Harold is survived by his wife of over 60 years, Doris Hofmann of Lawndale, CA; daughter, Rhonda Gorman of Lawndale, CA; son, Harold Jr. (Rubilyn) Hofmann, of Lawndale, CA; son, Ted (Michele) Hofmann of Torrance, CA; sister, Carol Hazelwood of Redondo Beach, CA; brother, Eugene (LaVerne) Hofmann of Bellflower, CA; 9 grandchildren; and 6 great-grandchildren. He was preceded in death by his parents, Florence and Louis Hofmann; his brother, Louis Hofmann, Jr.; his son-in-law Joseph Gorman; and grandson Joseph Gorman Jr. A Memorial Service will be held at the Lawndale Community Center on Saturday November 23 at 1:00 pm. In lieu of flowers, donations may be made to Providence LCM Foundation, 4100 Torrance Blvd., Torrance, CA 90503 or Dexter Foundation, P.O. Box 7000-373, Redondo Beach, CA 90277.