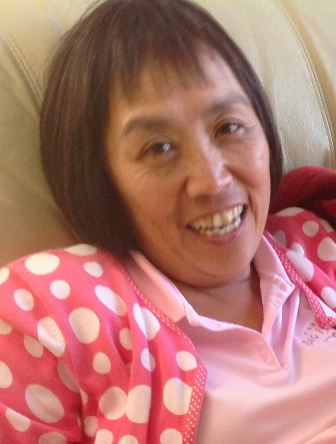 Dr. May Tuan Wong, PhD, a resident of Torrance, CA for 34 years, passed away on Saturday November 29, 2014 in Torrance at the age of 57. Born in Taiwan, May attended USC and graduated with her doctorate in Polymer Chemistry. She worked for many years in the aerospace industry and most recently as a forensic chemist in the legal industry for General Electric, Morton International, TRW, Seal Laboratories, and Kashar Technical Services. May also worked in the healthcare field as a medical biller and was a nationally certified medical interpreter for Windstone Behavioral Health and Pacific Interpreters, respectively. An avid tennis player, May played four times per week. All three of her children attended the West Torrance schools and she was an active member of the PTA, WHEUPA, and many other supportive organizations. Also a woman of faith, May was a member of the First Chinese Baptist Church in Chinatown and more recently Lutheran Church of the Good Shepherd. One of her greatest passions was traveling: while Raechel studied at the University of Leeds in England, she, Ron, and Raechel backpacked throughout Europe. Her favorite cities were Florence and Nice for the cuisine and museums. While Daniel studied at Beijing University, May met Daniel in Taiwan where they visited family and friends. In 2013, May and Ron toured Europe with the West High School marching band as chaperones. She is survived by her husband, Ron Wong, whom she met while at USC in 1984. Ron works in the healthcare industry as a medical group administrator. May has three children: Raechel, who is a graphic designer, Daniel, who recently graduated from Stanford University, and Geoffrey, who is currently a sophomore at USC's School of Cinematic Arts. A Memorial Service will be held at Rice Mortuary on Friday December 5, 2014 at 10:30 am. Casual dress requested. Burial will follow at a future date at Homelani Memorial Park in Hilo, Hawaii.