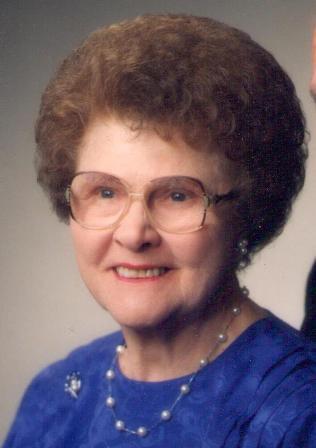 Maxine Marie Corr, age 95, passed away peacefully at Little Company of Mary Hospital in Torrance, California, on Thursday, November 19, 2015. Maxine was born February 5, 1920, in Cedar Rapids, Iowa, and spent her childhood and young adulthood there. While on vacation in San Francisco with her sister, Angie and friends she had a chance meeting with a young sailor named William Corr. A year and a half later she married Bill, the love of her life in 1945 in Solon, Iowa. Maxine moved to California with Bill while he finished his time in the Navy. Bill joined the Los Angeles City Fire Dept. in 1947 and they settled in Gardena, California. She worked as an accountant for Transcon Trucking Company until retiring in the late 80's. Bill and Maxine enjoyed extensive traveling and visited Europe, Asia, Australia and South America as well as the United States and their regular trips to Las Vegas. Maxine loved the crooners and was a big fan of Perry Como and the Rat Pack. Maxine is survived by her loving daughter, Denise Corr. She was preceded in death by her husband of 60 years, Fire Captain William "Bill" Corr, brothers Lovell and Virgil Barta, and sister, Angela Barta Kovacik. Viewing will be held on Sunday, November 29, 2015, from 6:30 - 7:00 PM followed by a Rosary at Lighthouse Memorials and Receptions-McMillan Center 1018 W. 164th St. Gardena, CA. A funeral mass to celebrate Maxine's life will be held at 10:00 AM on Monday, November 30th, 2015 at St. Anthony of Padua 1003 W. 163rd St. Gardena, CA. Burial will follow at Green Hills Memorial Park 27501 S. Western Ave. Rancho Palos Verdes, CA. When tomorrow start without me, don't think we're far apart, for every time you think of me, I'm right here in your heart.