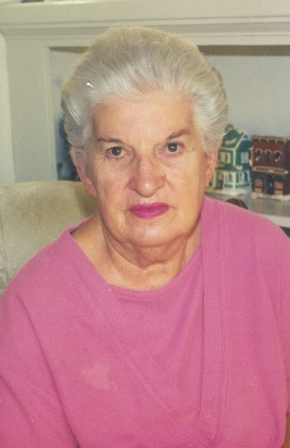 Maxine Levon Bopp, a 68 year resident of the South Bay, passed away on Thursday, January 31, 2013. Born in Crofton, Nebraska, Maxine was 91 when she died. She was the last surviving Charter Member of the Eagles Aux 935 in Redondo Beach, and a member of the Moose Lodge #976. Maxine is survived by her son, Tom (Bobbie) Shearer of Magalia, CA; daughter, Judy (Mike) Washburn of Idaho; son, Steve Bopp of Redondo Beach, CA; son, Bruce Bopp of Katy, TX; and several grandchildren. She was preceded in death by her parents, Clarence and Della Chamberlain; and her husband Stanley J. Bopp. Maxine once was queen of the 300 Block of N. Gertruda. She watched after the neighbors' homes, picking up mail and packages when they were away. Best known for her baking talents, she penned her own Cook Book, "Maxine's Marvelous Messes." Her quote: "Recipes not shared are lost forever." Who could ever forget her famous Peanut Brittle? A special thank you to Diamond Villa for the great care of her the last few years and to 'Eat at Joe's' for putting up with Maxine's crazy antics. No services are planned as per her request. Interment will take place at Los Angeles National Cemetery.