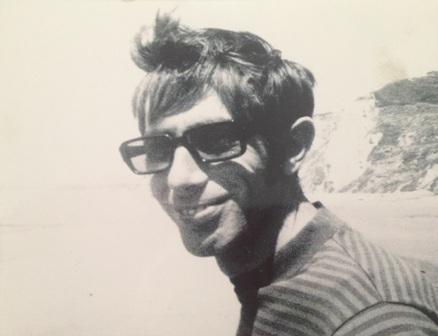 Maurice Peter Bianchi April 16, 1936 – Oct. 14, 2013 While working on projects he thoroughly enjoyed for the Boeing Company, Maurice Bianchi, a resident of Palos Verdes Estates for 40 years, passed away suddenly and unexpectedly on October 14. He was a technical fellow working on advanced missions and advanced systems in Huntington Beach and his career spanned 53 years in aerospace. Born in Detroit, Michigan, Maurice was the second son of Angelina and Louis Bianchi. He graduated from Marine City High School in Marine City, Michigan in 1953 and also in 1959 from Wayne State University with a degree in chemistry with minors in mathematics and English. Maurice lost his father at the age of 14 and thereafter worked to support himself and his mother while attending high school and university. After graduation, during a short period of time working for the City of Detroit in the critical industry of water purification, Maurice served in the US Army in Fort Leonard Wood, Missouri. Maurice was recruited by McDonnell Douglas Co. and joined his brother in making the move to California in 1960 where he worked for two years developing the 3-D reinforced foam insulation for the Saturn IV liquid hydrogen tank and the Nike-Zeus ablative insulation. He transferred to North American Aviation in 1962 where he was involved in the development of the ablative coating that enabled the X-15 to attain a speed of Mach 6.75. Working in this capacity, Maurice was flown to Palmdale daily and had the opportunity to meet and consult with the X-15 test pilots, which was interesting and also great fun. Maurice joined TRW Systems Group in Redondo Beach in 1966. At TRW he was the materials and process lead on many large and important projects. It was here that he became involved in tribology because of his background in surface chemistry and physics. However, it was his work on the Lunar Module Descent Engine that provided him with a sense of satisfaction and relief when it proved to be a lifesaver for the Apollo 13 astronauts after their main propulsion engine failed. The LMDE supplied power for the trip back to earth and saved their lives. He retired from TRW in 1999 after 34 years and took just one weekend off before beginning a new career at the Boeing Company in Seal Beach and transferring eventually to the Huntington Beach facility. At Boeing Maurice wrote a paper on the use of quantum dots to replace dyes in a luminescent solar concentrator. He was extremely proud that based on this work, while using his quiet lunch times to think, he designed a cancer and infectious disease therapy concept using wide bandgap quantum dots to produce far ultraviolet photons to disrupt the thymine base pairs of DNA and RNA. This concept was considered for the 2007 Gotham and Ira Sohn prizes for cancer research and was the only paper submitted by a person not actively employed in cancer research. Boeing has filed a patent application on this concept with the U.S. and several foreign patent offices. His is the only medical patent ever produced by an employee of the Boeing Company. The Boeing Company provided Maurice with the opportunities and encouragement to put his remarkable intelligence and creativity to good use solving extremely difficult technical problems and he thoroughly enjoyed his years spent with his friends and colleagues there. During his long career in aerospace, Maurice earned 16 patents, the last being presented to him posthumously on Oct. 30 at a conference for inventors. At this meeting he was acknowledged by the presenter for his creativity and the breadth and depth of his technical knowledge and skills. He further emphasized that the Boeing Company has lost one of its very finest individuals and most creative minds. Maurice was fortunate in that he never seemed to age and was increasingly productive, earning his last six patents in the past five years. He was a congenial and well-liked colleague and mentor to many engineers and scientists who gathered in his office for encouragement, direction and help, as much as for rich discussions on all matter of scientific topics. But despite his professional successes, Maurice loved and cared most of all for his family. He was a kind, understanding and attentive husband and father who always supported the endeavors of his children and grandson. Maurice will be dearly missed by Cynthia, his wife of 47 years; his daughters, Brittany and Heather; his grandson, Tristan; and sister-in-law, Lisa Baker (Susan Osborne). He was preceded in death by his parents and loving niece, Julie Ann. He is survived by his brother, Gerald (Joann); niece, Cheryl Mozjewski (Robert) and nephews, Steven and Richard (Linda). Maurice loved and was grateful to our country for providing him and his family so many opportunities. He enjoyed classical music, reading, skiing, airplanes, poetry, running a sub 3:30 marathon, apple pie, Yosemite, the Mormon Tabernacle Choir, Fred Astaire and Ginger Rogers, sailing, spring, military history, making sure his family members' cars were safe and had a full tank of gas, a flight of a lifetime in a restored WWII B-17 bomber, flowers and trees, the speeches of Winston Churchill, and providing for and spending all his free time with his beloved grandson. As Tristan, in his 4-year old voice remarked, "He was a YOT of fun!" A memorial service and luncheon reception to celebrate Maurice's life will be held at the Palos Verdes Golf Club at 11:00 AM on Thursday, November 14. In lieu of flowers, those who wish may make donations in Maurice's name to Little Sisters of the Poor -- in service to the elderly poor at www.lsofthepoorsanpedro.org or St. Jude Children's Research Hospital – finding cures and saving lives at www.stjude.org. "But they that wait upon the Lord shall renew their strength; they shall mount up with wings as eagles; they shall run, and not be weary; and they shall walk, and not faint." Isaiah 40:31