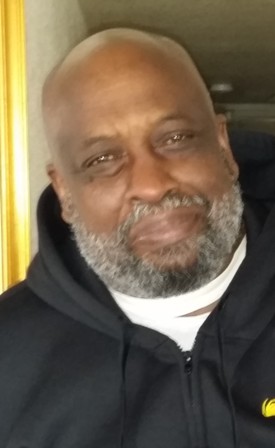 Maurice Anthony Jenkins Sr. was born in Atlanta, Georgia on August 9, 1939 to Freddy Douglas and Lula Emma Jenkins. Loved and doted on from the moment of his arrival, he was the only child born to his parents. At the age of 9 he moved to Los Angeles, CA with his parents. Maurice was educated in the Los Angeles Unified School District and graduated from Freemont High School in June of 1957. As a young man he loved sports, music, and motorcycles. After high school, he was called to serve in the US Army and courageously defended our nation on land and in air during the Vietnam War. After serving honorably in the military, he returned home to Los Angeles CA in 1963. He began work as a warehouseman for Benjamin Metals and was a truck driver for the majority of his career. Maurice was an outgoing, charming, and a humorous man. He exuded confidence and made friends easily. He took great pride in being fair and making a good deal when handling business. He loved jazz music and expanded his extensive music collection with the help of his dear friend Mauricio. Maurice showed pride in his home town and was proud to wear and collect memorabilia from Morehouse College and the Atlanta Falcons. He loved to collect things and surprised many with the amount of watches, coins, stamps, toy trains, lanyards, and pens that he had in his possession. In his later years, he enjoyed visits to the Pala casino where he regularly socialized, relaxed, and often times enjoyed winning at poker and slot machines. He took great pleasure in spending time with family and friends. Maurice always made sure to capture good photos, whether taken on his phone or shared by friends and family on Facebook. He was a charitable man and believed in supporting important causes including the American Indian Relief Council, Shriner’s Children’s Hospital, and his fellow US Veterans just to name a few. Maurice was the proud father of six children, Laurice Ann Jenkins Hampton, Charles Douglas Jenkins, Maurice Anthony Jenkins II (Tone), Alexis Star Jenkins, Michael Paul Jenkins and Brent Eugene Exley. He was first called “Diddy” by his daughter Laurice when she began to talk, and this became the name he will always be affectionately be remembered by. He will be dearly missed and thought of for his funny jokes, uncanny sense of humor, and his generous, loving nature. Maurice was preceded in death by his parents, Freddy and Lula Jenkins, his son Charles Douglas Jenkins, his daughter Laurice Ann Jenkins Hampton, and grandson Thomas Rander III. His legacy continues and his memory will be cherished by his children Maurice Anthony Jenkins II and daughter-in-law Jeanne, son of Carol Jenkins, Alexis Star Jenkins daughter of Andrea L. Garavito, Michael Paul Jenkins, son of Thomasita Mageno and Brent Eugene Exley, son of Cindy Exley, and daughter in law Sherrice Jenkins (Charles Jenkins). Maurice was the proud grandfather twenty-three grandchildren and twelve great-grandchildren. In addition to his immediate family, Maurice enjoyed a large extended family and is considered to be a brother, uncle, dad, and grandfather to many who knew and loved him.