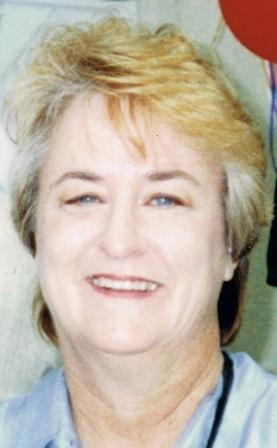 Maureen Irwin Quiroz Maureen succumbed to gallbladder cancer on December 2, 2013 in Torrance, CA surrounded by her family and beloved Labradors, Lillie and Mr. Otis. Maureen was born to the late Donald and Priscilla Irwin on April 6, 1945 in Bakersfield, CA. She graduated from Notre Dame Belmont High School and earned her Bachelor of Arts Degree in Social Sciences from San Jose State University. As a middle school teacher at Montebello Intermediate, Maureen touched many lives during her 38-year career with the Montebello Unified School District. She continued to remain involved after her retirement in 2007, with the students, co-workers and community she loved so dearly. As the matriarch and historian of our family, Maureen adored nothing more than spending time with us while delighting all with her wit. She did appreciate an occasional touch of Scotch at home or a few pieces of See's Milk Bordeaux chocolate. Revered for her delicious home cooked meals and baked goods, Maureen enjoyed sharing stories and an open place at her table for anyone in need of her warm hospitality. Maureen loved books and was very well read. She liked to look through her numerous cookbooks and scanned the "Irish sports pages" daily. Maureen took joy in traveling California during her retirement and especially found great beauty in the Cambria coastline. Maureen is survived by her daughter, Colleen Enos of Torrance, CA; son Patrick Quiroz (Joshela) of Torrance, CA; grandson, Daniel Enos of Torrance, CA; sisters, Sheila Elgaard (Sheldon) of Foster City, CA; Eileen Mazzoncini (Jack) of San Mateo, CA and former husband Michael Quiroz of Huntington Beach, CA. Funeral Mass to be scheduled at a later date.