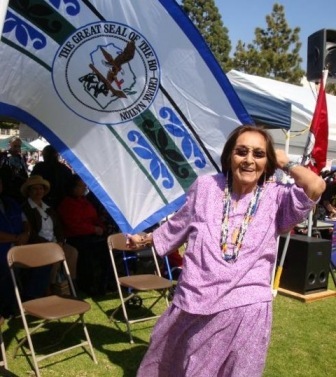 Mary Morning Star Myers was born on December 24, 1930 in Hokah, Minnesota. She is survived by her children Harlow (Rose), Mark (Danette), Geneinne (Mike), and Chris; grandchildren Michael (Kat), May-Lynne (Aaron), Sistine, Cheyenne, and Jesse; great-grandson Dash; and nieces Phaedra and Tamara who she raised. Morning Star graduated from Lincoln High School in 1949 and California State University Long Beach in 1989 with a Master's degree in Social Work. She worked for the County of Los Angeles Department of Family and Children's Services, Indian Unit where she worked tirelessly and passionately to keep Native American children in Indian homes. After high school Morning Star joined the Woman's Army Corps and was stationed in Germany. After being honorably discharged she moved to California and in 1966 the family moved to Hawaii. In 1976 she moved back to California and worked a various jobs as a counselor until she started her education. After her retirement from the county of Los Angeles she moved back to Hawaii where the two sons that still lived there built her a house on the Big Island of Hawaii. She travelled back and forth to the mainland yearly to attend Wild Horse and CSULB powwows. Morning Star was an avid reader, loved to go to movies, loved her children and grandchildren. She was a regular on the local powwow circuit and has been to Sun Dance many times. She attended many Sweat Lodges with her good friends and was a great spiritual inspiration to many. Morning Star is known as a generous and caring person is greatly respected by many people and has many friends and family that will miss her very much. All will take comfort in the fact the she now walks with Tunkashila who she loved.