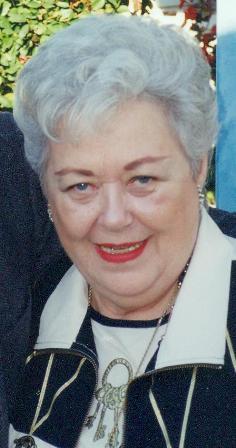 Nicky Wislocky was born and raised outside of Philadelphia, Pennsylvania. She married the love of her life, Pearl Harbor survivor, Joe Wislocky when she was 26 years old. They moved west when Joe accepted a job in Southern California. Nicky enjoyed careers in professional modeling, copy writing and real estate. She loved toy poodles and always had at least one dog trained to perfection. Nicky was a consummate hostess, and until her health prevented her, she cooked all the delicacies she served. Preparing Polish food was one of her well-known specialties. Nicky demonstrated great charity throughout her life; providing training, housing, encouragement and financial aid to many people who crossed her path. She was very loyal and inspired loyalty from those around her. Nicky's passion was local government. She contributed to the City of El Segundo's 2000 Downtown Specific Plan, serving on the Downtown Task Force. Nicky was a founding member of the El Segundo Residents Association (ESRA) which continues to host candidate nights for El Segundo Council, Treasury and Clerk elections. In her latter years, Nicky became involved with an El Segundo Red Hat Society. She loved her sister Red Hats, attending conferences, hosting movie nights and barbecues and finding new restaurants for their luncheons. Nicky left this world last week to reunite with her beloved husband Joe. She will be missed.