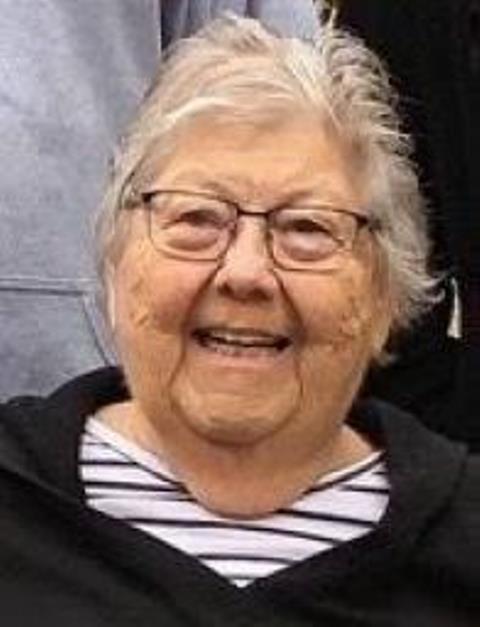 On January 9, 2019, Mary Katherine Reineking nee Buschel passed peacefully at home. She was born on February 24, 1938 in Merrill, Wisconsin to Carl and Rose Buschel. As a teenager, sometimes when she went out to take a drive, her mom would make her take along her younger sister Rose. Unbeknownst to her mother, she would then go drag racing and make Rose hide on the floorboards of the back seat. She also hid beer in her school locker “for a friend.” In 1963, she married Vernon Reineking and shortly thereafter, they moved to Inglewood, California, where they had two daughters, Tami and Kim. After a few years they moved to the back house of a duplex in Gardena and formed a lifelong friendship with the Umekubos. Amazingly, Mary and Helen would talk on the phone for hours even though they lived 70 feet from each other. In 1976, they moved to Torrance, where Mary lived the rest of her life. Mary and Vern split up in the late 1980s but had the type of relationship where she helped him look for the apartment he moved into. They continued to set an amazing example of people who could respect and care for each other after a divorce, by frequently traveling together to spend holidays with family and attend the activities of grandchildren. Her jobs varied from setting up pins at a bowling alley, and working in a canning factory in her younger days to raising two wonderful daughters. When the kids were in school she began working at school as an aide, and after that in credit departments for various businesses. Through her jobs she met many wonderful friends she continued to keep in contact with. Mary will be lovingly remembered by her tribe: daughters Tami Reineking (Amy Schaefer) and Kim (Arlen) Rowe; grandchildren Thomas, Katherine, Tatum and Zane; former husband, Vernon Reineking; the surviving Buschel girls Carlyn Krueger, Karen (Josh) Dallman, Rose Wessel and Pat (Bill) Gatterman; and many nieces and nephews, as well as their children. Mary was predeceased by her sister Elizabeth Ehlert, as well as brothers-in-law Craig Krueger, Russ Ehlert, and Jerry Wessel. She will also be missed by the many friends whom she continued to keep in close contact with. It has been said that if you looked up friend in the dictionary there would be a picture of her. Let’s hope it isn’t the one with her holding up her first three fingers and saying read between the lines. The local economy is also going to suffer a loss with Mary’s passing, especially the restaurants, movie theaters and casinos, oh yeah, and catalog businesses also. In lieu of flowers, donations may be made to tcoyd.org Taking Control of Your Diabetes. An open house memorial will be held at Mary’s home on Sunday, February 17th from 1:30 to 4:30 p.m. Summer sausage will be served.