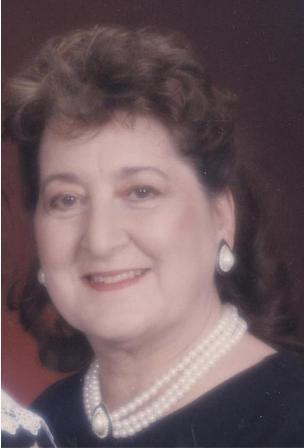 Mary "Juanita" Swink Juanita Swink of Redondo Beach, California passed away May 21, 2013 at the age of 85. Juanita was born October 6, 1927 in Fort Dodge, Iowa to Frank and Norma Brighi. She and her husband, Ray Swink, moved to Redondo Beach CA in 1955, and raised their four children. Juanita loved her family and has often said that raising her children were the best years of her life. She enjoyed many years traveling with her children and brothers, watching a good competitive game of basketball, completing challenging crossword puzzles, and spending time with her children and grandchildren. Juanita worked as a chemist for Gordan Labs for 38 years until she retired at age 75 in 2002. May she rest in eternal happiness and comfort in the arms of our Lord Jesus Christ. She is preceded in death by her parents Frank and Norma Brighi and daughter Becky (Swink-Trusela) Clingerman. She is survived by her three brothers and their wives: Polly and Louis Brighi; Sue and Richard Brighi; Darlene and Robert Brighi; son Robert Swink and his wife Sandy of Santa Barbara CA; daughter Barbara Swink-Link of Sebastopol CA; daughter Norma Swink of Hermosa Beach CA; and her grandchildren Ryan Swink of Santa Barbara CA; Jason Link and Kristin McClung of Windsor CA; Rebecca and Gregg Cattalini of Petaluma CA; Tara and Robert Hain of Santa Barbara CA; Robert Trusela of Torrance CA; Louis and Emily Trusela of Torrance CA; Tony Trusela of San Pedro CA; Ronald Clingerman of San Pedro CA; and three great grandchildren. A gathering of family and friends will be held at Rice Mortuary on Sunday, June 2, 2013 from 5:00pm until 9:00pm. Funeral and Mass services will be held at Our Lady of Guadalupe Church on Monday June 3, 2013 at 10:00 am and reception will follow the grave site services.