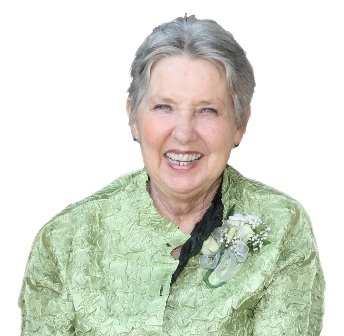 Mary Jo Knipe March 20, 1943 - November 9, 2014 Mary Joan "Mary Jo" Knipe died on November 9, 2014, in Torrance, California. She was 71. Mary Jo was born in Columbus, Ohio, on March 20, 1943, to William and Marguerite Creedon. She was the youngest of five children – her siblings are William, Theresa, Beata and Terrence. She attended Sacred Heart High School, started classes at Ohio State University and considered joining a convent in upstate New York. On a visit there, a brochure recruiting young women to become hostesses for the airline she traveled on caught her eye. She started her career as a flight attendant for Trans World Airlines in 1963, in Chicago. It was a career that would span 40 years and take her around the world. Her career with TWA led her from Chicago to Los Angeles - a cross-country trip she made by herself in her 1964 Chevrolet Nova. While she was washing her Nova one day in front of her apartment in Redondo Beach, she met a young Navy lawyer who was also from Ohio - Gil Knipe. They were married in 1968, and exemplified real, true love during their 46 years of marriage. She was a devout Catholic and found joy in her faith. Mary Jo admired St. Francis of Assisi, who said "Remember that when you leave this earth, you can take with you nothing that have received--only what you have given." She gave so much to so very many – her family, her friends, her coworkers, her acquaintances, even to people she didn't know. Her very existence was a gift – to anyone lucky enough to have known or met her, or felt her influence in others. She lived by example and her legacy is her life of love, devotion and generosity. She is survived by her sister Beata; brother Terrence; her wonderful husband of 46 years, Gil; four children - Marguerite, Helen, Mary and James; and four granddaughters - Magdalena, Gabriella, Vivienne and Annelise. Memorial service and reception will be held Saturday, January 17, 2015, at 10 a.m. at St. Lawrence Martyr, 1900 S. Prospect Avenue, Redondo Beach.