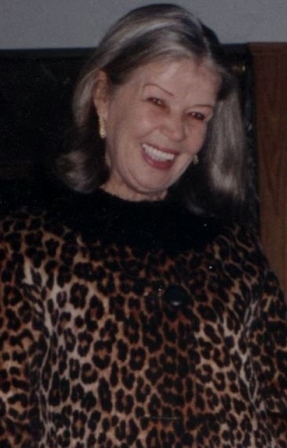 Mary "Jane" Jones Torrance- Mary Jane Jones, 79, was called home on Wednesday, April 13, 2016, to her heavenly Father. She passed peacefully surrounded by her family. Born on May 11, 1936, in Dublin, Ireland Jane received a formal Catholic education then entered the workforce at age 14. In 1956 at aged 20, Jane met the love of her life, Dale "Bo" Jones, while he was stationed in Germany and on leave in Ireland. They courted through "love letters" until Jane emigrated from Ireland to America in 1958 to work as an Au Pair for a family in Southern California. She contacted Bo when she arrived in Los Angeles and continued to date until his proposal and marriage in 1959. She proudly continued her education by receiving her diploma in the U.S.. Jane raised three children (all attended West Torrance High in the 1980's) and was like a mother to many of their friends; always nurturing, caring for, and "feeding" all who were blessed to know her. Her kindness, warmth, giggle, and smiling Irish eyes were her hallmark. It was a long goodbye as she gracefully battled Alzheimer's. Through total dedication, Jane remained home in the loving care of her husband, children, and two very special caregivers, Leis and Norma. . She is preceded in death by three brothers, James ("Jim"), John, and Christopher ("Christy"). Survivors include her loving husband Dale ("Bo") Jones of 56 years, as well as her three children: son Michael of Torrance, daughter Kelly and her husband Gene Argust of Surprise, AZ, and daughter Colleen Cox of Fallbrook. Additionally, she is survived by her sister Ellie of England and brother Michael of Ireland, twenty-five nieces and nephews, and countless relatives spanning the globe. Her absolute treasures called her Nana- her grandchildren Kendall and Austin Argust and Jake Barnes who will miss her presence, warm smile, and, most of all, her truly unconditional love and endless hugs. All family and friends of the Jones family are welcome and encouraged to attend a Mass of Christian Burial followed by a "Celebration of Life" in Jane's honour. Mass at St. Lawrence Martyr Church at 1940 South Prospect Avenue, Redondo Beach, CA 90277 on Saturday, May 7, 2016 10:00 a.m. immediately followed by a "Celebration of Life" in St. Lawrence Martyr Hall .Christian Burial to follow in Pacific Crest Cemetery in Redondo Beach at 2:00 pm.