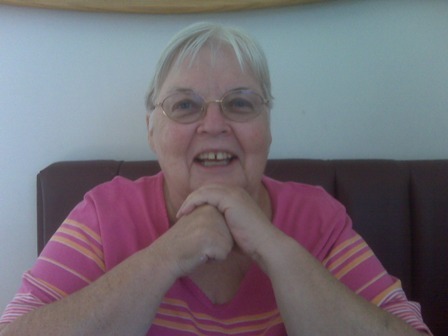 Mary Ellen Nethery Bird was born on January 26, 1942 in Pueblo, Colorado. She was the daughter of the late doctor and Mrs. Raymond A Nethery. She was the middle of four children and loved each of her siblings dearly. She enjoyed their family road trips, especially those that they took every Easter to Palms Springs. Mary Ellen attended Lindenwood University for girls and in the summer of 1961, while taking an English class at Pueblo Junior College, she her met her soulmate, Sam Bird. After Mary helped Sam pass the class, they became inseparable. Sam was intrigued by Mary Ellen being a well-traveled young lady, who had been to all 48 states. After ditching their classes and sneaking out, they married in Colorado Springs, Colorado on a day that will live in infamy; December 7, 1961. They were married for nearly 54 years. In that time, they enjoyed many wonderful memories with their son, Greg. They traveled to many states, visited many national parks in Canada and the U.S and even went back packing through Colorado and the U.S. Whether it was camping out in Joshua tree or driving up in the mountains, Mary always enjoyed the outdoors and was obsessed with geography, atlases and maps. In fact, she was an expert at getting around Los Angeles as Sam's proffional navigator, she was her own GPS. In 1969, the Birds moved to California, then New Jersey in 1980 and then finally settled in Hermosa Beach, California in January 1990. There they made many great friendships and inherited four god daughters. They also enjoyed their walks to the pier, meeting their good friends at local restaurants and attending family parties. Mary Ellen was a gracious host and loved planning an annual Christmas Party for her god children. Mary was a loving wife and mother and a caring god mother. She died Sunday morning October 11, 2015 of heart failure. She passed away peacefully in her Hermosa Beach home in which she lived for the past 25 years. Mary is survived by her husband Samuel Bird, 73, two sisters Peggy Craddock, Martha Simonton, brother Raymond Nethery, four god daughters; Annita Landazuri-Gomez, Juliana Sanchez-Urquieta, Ruby Meza and Oliva Sanchez, and five god grandchildren. She was preceded in death by her parents and son Samuel "Greg" Bird. Mary Ellen Nethery Bird will always be missed and loved dearly by those with whom she became in contact. She will be remembered by her wisdom, conversations, laughter, and great companionship. Some of Mary Ellen's favorite past-times include watching movies and soap operas, like Days of Our Lives. She particularly enjoyed viewing the Oscar Awards, and listening to jazz—especially Dave Brubeck's Take Five. In fact, Sam's first paycheck went to purchasing a used T.V. with rabbit ears, just so Mary Ellen could watch the Oscars—they lived off canned tuna for the rest of the month. Mary Ellen was extremely bright and she was very well read. She enjoyed reading about anthropology, astronomy, and nature in general. Her most recent obsession was the Outlanders Series. Her passion in life was working with children in special education as she was a Special Ed Aide for 15 years. In fact, her face would light up every time she spoke of how well the students were doing in class, she truly touched the lives of many. Although socially liberal she was a staunch republican, economically—and enjoyed many political debates, especially with her brother Ray. They would talk for hours and she always appreciated multiple perspectives. She will be loved and missed by all those who cherish their memories with her. She accepted all walks of life and her love for many is truly something to aspire. She gave the best hugs.