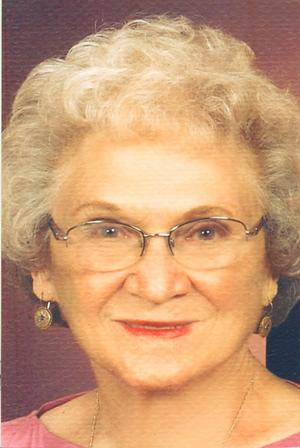 Mary Eleanor ("Mel") McDonald Faithful wife, loving mother, caring friend and kind soul Mary Eleanor (Mel) McDonald returned to the Lord on Wednesday, February 19, 2014. Mel was born to Allen and Madelyn Snyder on May 23, 1926 in Vandergrift, PA. Growing up in this small, Depression Era Pennsylvania coal town helped shape her steadfast personality, resilient and cheerful through life's ups and downs. A proud graduate of the 1948 class of the College of Wooster at Wooster, Ohio, Mel met her future husband Howard (Mac) McDonald in 1949 and the two married in 1950. The couple spent 11 years in New Orleans, LA, where they created a family in that most colorful and historic of American cities (Mel's pralines were authentic Big Easy treats). In 1961, the McDonald family moved to Los Angeles, eventually settling in what is now Rancho Palos Verdes. Mel was a housewife, and proudly so, managing a home and the hectic daily lives of three growing children with skill, patience and much love. She was also a devoted member of St. Peter's By the Sea Presbyterian Church in RPV, where, over the course of 50 years, she served as a deacon (and member on many of the myriad committees Presbyterians are known for), sang in the choir, performed in the bell choir and gave her heart and soul to the communal worship and service of God. Later in life, when her children had flown the nest, Mel began a 25-year career as a travel agent, allowing her to travel and explore just about every place on our planet worth exploring. Photos of this diminutive woman astride a camel in Egypt or an elephant in India or traipsing through the jungles of the Philippines brought many smiles (and occasional gasps) to her family and friends. During this time, she traveled to 47 countries. Mel lived to touch the lives of others, offering love and friendship to all, and in this she succeeded most wonderfully. Our great sadness at her passing is tempered by the happy thought of reuniting with her in the life to come. Mel is survived by her husband of 64 years, Mac, of Rancho Palos Verdes; son Dan (Joji) McDonald of Orlando, FL; daughter Gail (Allan) Vaughan of Pride's Crossing, MA; son Doug (Patty) McDonald of Ft. Lauderdale, FL; granddaughter Camille McDonald of Orlando, FL; grandson Doug (Jacaui) Wright of Las Vegas, NV; and great-grandson Doug Wright and great-granddaughter Delylah Wright of Las Vegas, NV. Services are pending. In lieu of flowers, donations in Mel's memory may be made to the Endowment Fund of St. Peter's By the Sea Presbyterian Church in Rancho Palos Verdes, or the Alzheimer's Association at www.alz.org.