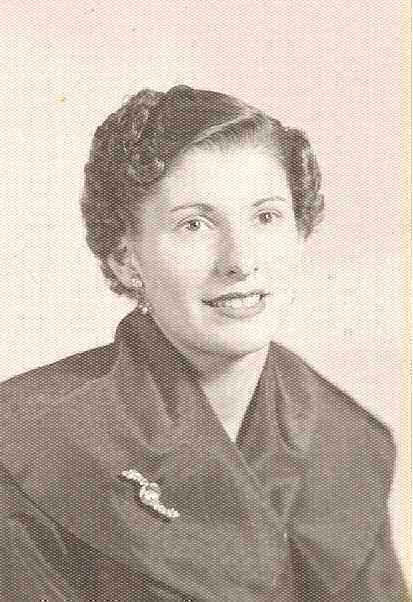 Mary-Ann Fick, a 51 year resident of Torrance, passed away on Sunday, December 1, 2013 in Torrance. Born in Buffalo, NY, Mary-Ann was 84 when she died. Mary-Ann was a member of St. James Catholic Church and an avid supporter of Special Olympics. Even though Mary-Ann moved to CA, she remained a committed Buffalo Bills fan. Mary-Ann was a gifted seamstress. From sewing clothes for her daughter's dolls and later her daughter's wedding dress, to her son's dress shirts when they were younger, she loved perfecting her craft. She later made leather purses and quilts that she gave as gifts and sold at the local shoemaker's shop. Mary-Ann is survived by sons, Drew Fick (Mitch) of Tampa, FL and Rick Fick (Donna) of Mission Viejo, CA; and daughter, Ann Marie Hagan of Ventura, CA. She was preceded in death by husband of 52 years, Richard Fick Sr., son, Bobby Fick and parents, Agnes and William Larson. Mary-Ann is also survived by her brother, Bill Larson (Mary Ann), three grandchildren Mark Hagan, Jr. (Amy), Tyler Fick and Kristin Fick, plus three great-grandchildren, Riley, Gracie and Mark Hagan. "I thought of you with love today But that is nothing new I thought about you yesterday and days before that too, I think of you in silence I often speak your name All I have are memories And your picture in a frame Your memory is my keepsake With which I'll never part God has you in His keeping I have you in my heart" Author Unknown The Service will be held at St. James Catholic Church on Friday December 13, 2013 at 10:00 AM. Burial will follow at Green Hills Memorial Park in Rancho Palos Verdes. Following, a reception will be held at Rice Mortuary in the Lighthouse Reception Room from 12:30 pm until 3:00 pm. In lieu of flowers, donations may be made to Providence Trinity Care Hospice Foundation, 5315 Torrance Blvd., Suite B-1, Torrance, CA 90503.