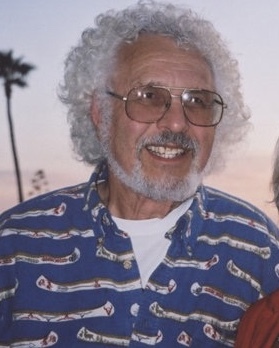 Marvin Irving May January 5, 1929 to January 31, 2015 Marvin May, artisan inventor and political activist, died Saturday, January 31, 2015 at home in Hermosa Beach at age 86, following a year-long battle with pancreatic cancer. May was born in Los Angeles and attended Fairfax High and LA City College. He worked as a model maker and inventor at many companies including Mattel, Eldon, Classic Industries, and Douglas. He moved from the Hollywood Hills to Hermosa Beach in 1960. May owned Hermosa Beach-based Tite-Nites, Inc. which marketed his patented waterbed components with his wife June for twenty years. He continued inventing new games until shortly before his death. Marvin helped and supported many local and International foundations where he also traveled with his wife June. Marvin is survived by his wife June Pulcini, his daughters Jeannie Berlin and Melody May and his step daughter Andrea Pulcini. He also leaves behind a long list of friends. He was a friend to everyone and will be dearly missed by all who knew him. A memorial service is planned, but has not yet been scheduled.