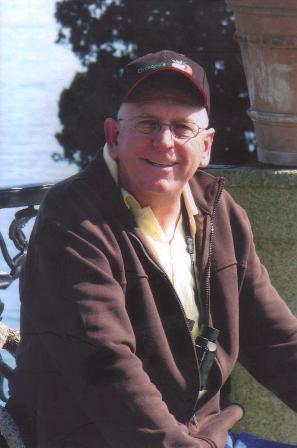 Marty was born on March 30, 1946 in Winnipeg, Canada and died at his home in Lomita, CA on Sept. 18, 2013. His family came to Los Angeles when he was a young child and eventually moved to Gardena where he went through school graduating from Gardena High in 1963. He then went to El Camino JC, UCLA, and the University of the Americas in Mexico City studying political science and US and Latin American history. While at UCLA he became involved in the anti-draft movement as a protest to the Vietnam War. He refused induction into the Army for which he spent 19 months in federal prison. Marty was a budding businessman at 9 years old when he delivered newspapers and as a teenager when he helped his dad in his egg delivery business. Later he had his own door to door routes delivering eggs and produce. He owned Marty's Produce in Gardena for 15 years which he built into a busy retail and wholesale operation. In 1990 he went on to Heritage Produce where he specialized in export sales mainly into Asia with much success. He seemed to have a natural ability for sales—loved the give and take of the deal, talking to all types of people, and using his incredible memory to keep all the details straight. He pursued business, as he did everything in life, with his signature energy, determination and hard work. He was especially proud to have given so many people jobs. He somehow managed to pursue profit and keep his liberal attitudes toward the working man at the same time. Marty was an avid baseball fan—loved to play as a kid, then was a Little League coach, and followed his favorite St. Louis Cardinals. He loved to talk about politics where his knowledge and great memory came in handy during "debates" with those who had opposing views. He is survived by his wife Kathie, son Jason Harris and his wife Susie of Arroyo Grande, daughter Amy Riviere and her husband Russell of San Marcos, and daughter Camille Lill and her husband Pete of San Diego, two grandchildren, Gabrielle and Ethan Riviere, sister Carole Garrett of Huntington Beach, and brother Brian Harris of La Mesa. We loved him and we'll miss him but we won't forget him—he was an amazing guy! Memorial service will be on Sept. 27, 2013 at 11 a.m. on the beach at Avenue I in Redondo Beach with a reception to follow at Rice Mortuary, Lighthouse Room. (Parking is metered, so please bring quarters, or Torrance Beach has a parking lot to the south which accepts credit cards) In lieu of flowers, please make donations to either Pancreatic Cancer Action Network (PCAN) or The Jackie Robinson Foundation.