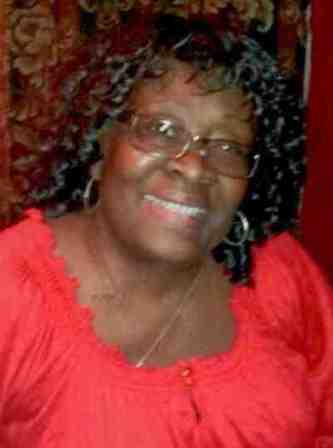 Sister Martha Hudson was born August 5, 1950 in El Dorado, Arkansas to the late Gussie Martin, and T.J. Martin. A resident of Los Angeles, she passed away on November 6, 2014. She confessed her life to Christ at an early age; she was united with The First St. James Baptist Church in El Dorado, Arkansas. She departed El Dorado at the tender age of 18 and ventured to Los Angeles. She was employed by Bank of America for many years before then working for Legal Options. She united with Pleasant View Baptist Church on June 8, 2006 and served faithfully until her passing. She was united in marriage to Mr. Dexter Hudson on November 25, 2006. She leaves to cherish her memories: husband Dexter Hudson; son Victor Wilson (Leslie); granddaughter Tori Wilson; sisters Mae Hays (Thomas), Sharon Lloyd (Terrance) both of El Dorado, Arkansas; her uncle Rev. Holli Martin of Mesquite, Michigan; 3 grandchildren; 4 nephews; 3 nieces; 14 grand nieces and nephews; and a host of relatives and friends.