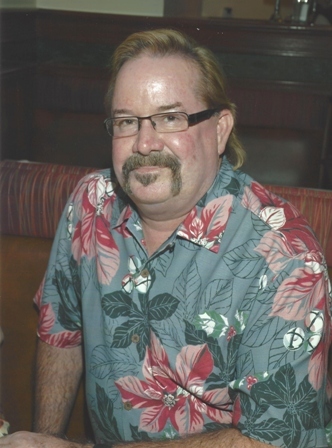 March 24, 1959 – April 21, 2016 Mark was born to Bev and Sonny Ingram on March 24, 1959. He was raised in Southern California. He and Trish were happily married for over 30 years. He was a wonderful Father to Melissa, great Father-in-law to Sid, and known as "Poppy" to his grandson, Caleb. He was a friend to everyone he met. Mark loved the ocean. He enjoyed daily bike rides along the beach and today you will find his surfboard hanging in the garage. Along with surfing, Mark also enjoyed fishing. His favorite location for fishing was in Los Barriles, Mexico, where he and his Buddy, Mike, entered and won many fishing competitions. Mark was known as the "go-to" guy. He could build and repair almost anything, and if he could not he always knew exactly who to call. He constantly made people laugh. He was wise, often sharing his advice and life experiences. He was a master on the BBQ, and he had a green thumb, growing herbs, veggies in his yard. He rescued dogs, cats, squirrels, raccoons, fish, possums, and even had a family of ducks that visited him every spring to enjoy the pond he would make for them outside his garage. He would tear up when talking about how much he loved his family, and he even had a favorite chick-flick. Loyalty, to family and friends, was important to him. He was always ready to help out when needed, no questions asked. He gave of himself and did not expect anything in return, except maybe "a cold one." After a heroic 20-month battle against cancer, Mark passed away peacefully with family by his side on April 21, 2016. The love and friendship Mark brought will always be with us. In sum, one of Trish's favorite sayings whenever Mark would surprise her was… "Well done, you!"