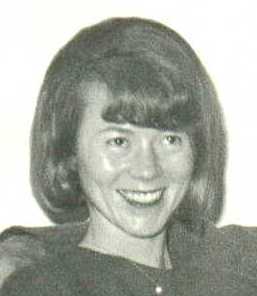 Marjorie Svendsen Bourne, a 68 year resident of the South Bay, passed away on Monday, November 25, 2013 in Redondo Beach. Born in Mindota Illinois, Marjorie was 76. In spite of a two year fight with cancer, Marjorie kept her sense of humor and optimism that she had exhibited all her life. A member of Alpha Phi Sorority at USC, she enjoyed involvement in student affairs and was President of the Associated Women Students. Upon graduation she worked as a Dental Hygienist in the South Bay for 35 years. Marjorie is survived by her husband of 47 years, William Bourne of Redondo Beach, CA; daughter, Jennifer Bourne of Los Angeles, CA; son, John Morgan Bourne, daughter-in-law, Jin-Hee Bourne and granddaughters, Justine and Madeline Bourne of Irvine, CA; and her sister, Ruth Peyton of Palm Desert, CA. She was preceded in death by her parents Christen and Jewel Svendsen of Redondo Beach. Service will be private. In lieu of flowers, Marjorie would have wished that you use any donations to celebrate life with your loved ones.