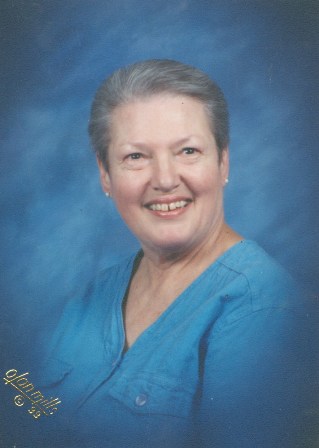 Marion Louise Caldwell, our much loved wife, mother, grandmother, sister and friend passed away on September 23, 2012. Marion was born January 1, 1936 in Minneapolis, MN. She graduated from West High in St. Lewis Park and then attended St Catherine's/St Mary's School of Nursing. Marion moved to Los Angeles in 1959 and worked as a payroll clerk for an extrusion company in Glendale. In 1960, she met the man of her dreams, Paul Caldwell and the two were married February 11, 1961. They moved to Torrance where they have resided for the past 50 years. Marion had two daughters, Pam in 1962 and Lisa in 1963. Marion was active at Victor School, a leader for Brownies and Girl Scouts, and a member of St. James Parish where she assisted with their CCD program. She loved sewing, baking, dancing, and travel. Marion was also a frequent visitor of First United Methodist of Redondo Beach where she shared in so many wonderful activities with her husband Paul. Marion is survived by husband, Paul Caldwell, Jr. of Torrance, CA; daughters, Pamela (Jeffrey) Bertea of Palos Verdes Estates, CA and Lisa (David) Ross of Torrance, CA; grandchildren Krista, Amanda, Annika and Tate; brothers Paul and Thomas Thielges; sister Joann Stumpf; extended family and friends. She was preceded in death by parents, Agnes and Joseph Thielges, and sister Patricia. Please join us for a Celebration of Life at Rice Mortuary on December 10, 2012 12:00 noon. There will be a reception following in Rice's Lighthouse Reception room until 3:00pm.