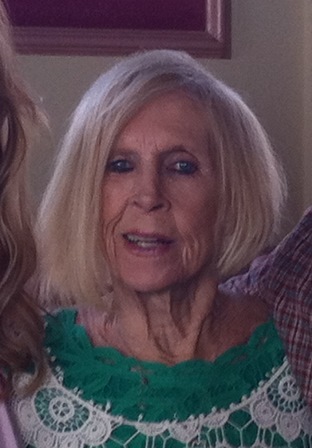 Marilyn Sue Buck was born in Des Moines, Iowa on August 1, 1932. She passed away on April 5, 2013, at her home that she built with her beloved husband, Rodney Roy Buck who predeceased her in 1983. At her graduation from Colfax High School, she was Salutatorian. Marilyn was a proud Trojan who earned both her Bachelor and Master degrees from the University of Southern California where she was also a member of the Alpha Phi sorority. Marilyn was an educator for over 46 years. She was an elementary school teacher for one year in Newton, Iowa, one year in Georgia, and forty one years for the Torrance Unified School District where she was an elementary school teacher, reading resource teacher, language arts specialist, and co-founder of Torrance Area Reading Council. After she retired from the school district, Marilyn went to work as a second grade teacher at Nativity Catholic School. After thirteen years at Nativity, she retired last June. She is easily responsible for more than one thousand students learning to read. Marilyn was very petite at five foot two with eyes of blue, a fashion icon at an early age. Many will remember her with fondness for wearing her high heeled shoes on yard duty. She was a strong hard working woman who modeled for her family the values of faith, love of family, love of country, and education. She will be dearly missed by all, but most especially by her daughter, Kelly S. Buck and son-in-law Philip A. Hartwell of Palos Verdes Estates; her son, Rodney Roy Buck, Jr. and daughter-in-law Hollenbeck Buck also of Palos Verdes Estates; her grandsons, Ryan Murphy Giller, Riley McKay Giller, and Rodney Roy Buck, III; granddaughter, Chloe Elizabeth Buck; and, her brothers, Douglas T. Kintz of Anaheim and Michael L. Kintz of Redondo Beach along with their wives, Teri and Carolyn; niece, Carrie and nephews, Douglas, Christopher, Jonathan. The funeral mass will be held at Nativity Catholic Church at 1447 Engracia Avenue, Torrance, California, on Friday, April 12, 2013, at ten o'clock in the morning. In lieu of flowers donations may be made to the Marilyn S. Buck Scholarship Fund for the benefit of children attending Nativity Catholic School, in care of Hartwell Financial, 2790 Skypark Drive, Suite 200, Torrance, CA 90505.