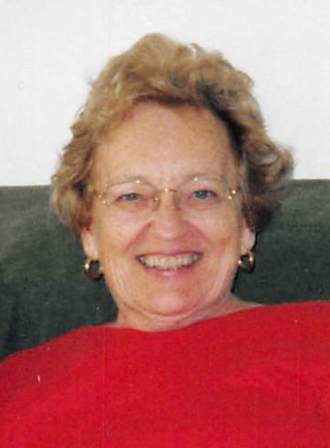 Marie Rose Mushaney Marie Rose Healy was born August 23, 1936 at Sacred Heart Hospital in Spokane, Washington to Jeanne and Charles Healy. She was their second child; she had an older brother, Charles Jr. or Chuck. The family lived in Spokane for a time while Captain Healy was commander of a US Army base in the area. Later, with now Colonel Healy still serving in the Army, Marie, her mother and brother moved to Los Angeles and lived for a time with her maternal grandparents, John and Jean Uricarriet, and became very close to her Basque relatives and their heritage. She was the first queen of the Basque Picnic in 1949. The family settled close by in Culver City. While her father served overseas during World War II. Marie started kindergarten and attended Saint Augustine's School. She later graduated from Los Angeles Catholic Girls' High School in 1954. She earned a scholarship to Mount Saint Mary's College in Los Angeles and graduated with a Bachelor of Arts degree in English in 1958. In her senior year, Marie was co-editor of the Year Book with her close friend, Helen Ferguson. While attending college, Marie worked at the Westchester Public Library. There she saw James Mushaney, who came in regularly to read the newspaper, and announced to her coworkers that someday she would marry him. On July 12, 1958 at St. Gerard Majella Church in Los Angeles they were married. Jim joined the L.A. City Fire Department January 29, 1959. Mike, their first child, was born August 21, 1959. The family moved to Torrance in 1960. Their second child, Tom, was born March 11, 1961. Marie's mother, Jeanne Healy, came to live with them after the death of her father. Brian was born August 3, 1962. Last, but not least, their fourth son, John, was born June 23, 1967. Marie was first and foremost a mother and wife. At one time, she had three boys, three years old or under; she called them the "lost years". In the early 1970's, she taught seventh and eighth graders at Saint Lawrence Martyr School in Redondo Beach. Later, she became a real estate agent, and then became a technical writer for the Creative Circle needlepoint company. Marie and her beloved Jim were married for more than fifty-four years before he died January 2, 2013. Marie loved reading mystery novels, particularly Agatha Christie and all of her detectives and moving to new homes but, she loved living in the South Bay and never moved too far. She and Jim lived in seven different homes in south-west Torrance and Redondo Beach. She also had an unabashed love of her grandchildren and Christmas. She passed on April 14, 2017.