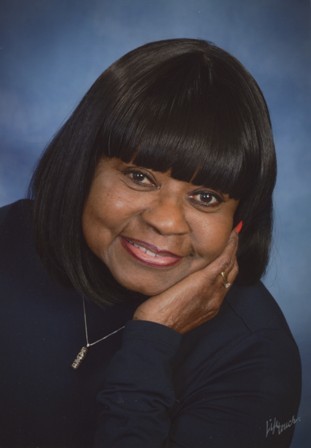 GARDENA, CA. - Marie Patterson, 76, passed away peacefully on Wednesday, May 17, 2017 at Providence Little Company of Mary Medical Center, San Pedro, California. A funeral service was held in North Carolina on May 25, 2017. Born August 31, 1940 in Robeson County, North Carolina, she was a daughter of the late Jack and Elsie Patterson. She attended school in Scotland County, was a graduate of Lincoln Heights high school in 1959, and attended business school in Durham. Marie lived in New York for a few years, and then moved to California where she lived for over forty years. Fondly known as "Pat", she worked over 30 years for P & S Parts and later for Coast Appliance Parts in Gardena. Preceded in death by her mother and father, as well as her brother Luther Charles Patterson and nephew Charles Patterson Jr, Marie is survived by her family in North Carolina, her sister, Minnie Deloris Henegan of Laurinburg; her nephew, Shawn Patterson, grandnephew, Kendell Deberry; cousin George Purnell and many other cousins and friends. She will be deeply missed by her California family, June and David Simon, Clara and Mark Simon and their children, John Allison and his children, as well as dear friends Jim O'Conner, Margie and Marshall Jones, Mildred Fondon and neighbors Jackie Cervantes and Ana Beltran. A Memorial Service will be held on Friday, June 2 at 11:00am at First United Methodist Church of Torrance, 1551 El Prado, Torrance, California 90501.