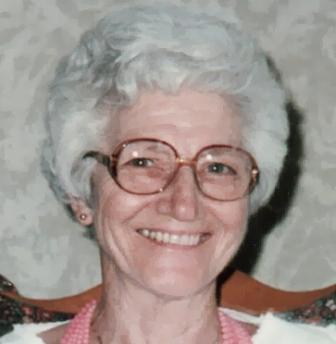 Marie Elizabeth (Fox) McCabe passed away in the early morning hours of October 18, 2012 after a brief hospitalization for pneumonia. She was born at the Iowa family farm November 4, 1916, the first daughter and third of seven children born to Peter and Clara Fox. She attended elementary school in a rural one-room schoolhouse and graduated from Riceville High School in 1932. She taught at the same rural schoolhouse for several years prior to attending business school and working as a secretary. In 1941 Marie moved to Los Angeles where she worked at MGM studios during the war, eventually becoming the personal secretary to a screenwriter and playwright. In 1950 she married Millard Francis McCabe who preceded her in death. Marie had a 24-year career as an executive secretary at Northrop Corporation and enjoyed her 35-year retirement which included 25 years of volunteer work at Little Company of Mary Hospital. She loved Jeopardy, the Dodgers, traveling, her friends and family. She is survived by her three children Debbie (Dave) Musser, John McCabe and Kathy (Don) Drissel, four grandchildren and four great-grandchildren, a sister Margaret (Hollis) Brownlee, as well as 35 nieces and nephews. A memorial service and reception will be held at Rice Mortuary in Torrance on Friday, November 2, at 11am (5310 Torrance Blvd., Torrance). In lieu of flowers, donations can be made in Marie's memory to the Providence Little Company of Mary Foundation (4101 Torrance Blvd., Torrance CA 90503). Check back to view the online video tribute.