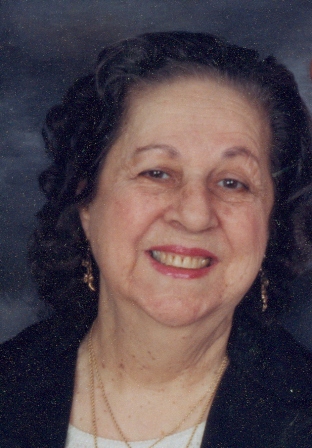 Marian Wilson was born June 21, 1928 in Torrance, CA and passed away on February 5, 2013. She is preceded in death by her husband Robert Wilson; son Patrick Wilson; and grandson Matt Thornton. Marian is survived by her children Dennis Wilson, Mike Wilson and daughter-in-law Lisa Wilson; grandchildren Courtney Garrard and husband David; great grandchildren Amelia Garrard, Janie Lue Garrard and Matthew Thornton; and brother Al Avoian. Although primarily a homemaker, Marian worked as a cafeteria worker for Torrance Unified School District for 13 years. She was a member of Catholic Daughters and Altar Society and attended Nativity Church for over 60 years. Vigil service will be held at Rice Mortuary in Torrance on Friday February 8th, 4:00 pm until 8:00 pm. A Memorial service will be held at Nativity Church in Torrance on Saturday February 9th at 12 noon. In lieu of flowers please send donations to Torrance Memorial Hospital or your favorite charity.