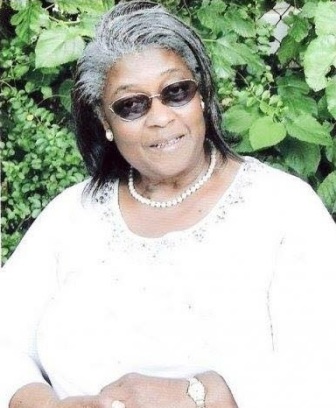 Marian J. Cole of Washington, DC, passed peacefully from this life on Saturday, February 10, 2018 in Torrance/Redondo Beach, CA. Born in Guthrie, OK, June 12, 1934 to the late Joseph M. McElroy and Ruby Clarke McElroy, Marian was the third of five children. She attended Favor School in Guthrie, OK, but graduated from Colorado Spring High School in 1954, in Colorado Springs, CO. Marian J. Cole married the late Robert J. Cole, who served 30 years in the United States Army. Upon his retirement, Marian returned overseas, relocating to Washington, DC. She purchased her first home in 1965, in Washington, DC’s Ward 7, Marshall Heights community. She became a pillar and a strong community activist. In the 1970s, Marian and a few residents in the Marshall Heights community were looking to approve their community. From their monthly meetings at a local elementary school, the residents established the Marshall Heights Civic Association. Recognizing that the community needed even more improvement—as a grass roots effort to rehabilitate housing, and getting the community streets, curbs and sidewalks paved, in 1979, Marian became one of the original founders of the Marshall Heights Community Development Organization (MHCDO). She served on the board as Recording Secretary from 1987 to 1995, and the Chairperson of the Benevolent Committee from 1987 until she took ill. Marian was one of the main coordinators of the Queen of England’s visit to the first houses MHCDO built on Drake Place, SE, referred to today as Queen’s Stroll, SE. After the Queen’s visit, on November 16-24, 1991, an education-cultural exchange tour to Great Britain was arranged for the students of Fletcher Johnson Middle School, located in the Marshall Heights/Eastgate communities, and Marian participated as a MHCDO representative and chaperon in this tour. After retiring from the Federal Emergency Management Agent (FEMA) in 1995, Marian continued her community activism full time. From MHCDO, she helped birth the Marshall Heights Weed and Seed Operation, a Department of Justice community program seeking to reduce crime and building community partnerships between residents and community stakeholders. She also helped to reestablish the SE/NE Friends of the Capitol View Library, where she served on the board as the secretary until she became ill. Two of her biggest joys from working with the Friends of the Library were the library annual bazaar, and the library’s community garden event, which was held in 2013. Marian loved to play the piano. When she retired, she became a piano teacher, giving lessons to the neighborhood children. Up until she had taken ill, Marian played for numerous churches across the Washington, DC Metropolitan Area. Marian leaves to cherish her three beautiful children: Eulas “Rudy” (Linda), Gabriel (Robin), and Joanice Johnson (Christopher); her loving oldest brother, James Hill in Jupiter, FL and her devoted best friend and baby sister, Peggy House of Washington, DC. She also leaves eight grandchildren, three step grandchildren, and five great grandchildren, her Godson John L. Forrester, III, as well as a host of nieces and nephews, great nephews and nieces, relatives, and close friends. Her legacy will live on in the hearts of everyone she has touched. Visitation and funeral Services will be held on Wednesday, February 21, 2018 at St. John’s Baptist Church, 5228 Call Place, SE, Washington, DC. Visitation will began at 10:00 am and funeral services at 11:00 am. In Lieu of Flowers, the family ask to send donations to: Caring House, 2842 El Dorado Street, Torrance, CA 90503. Or you can give on line at: https://yourcaringhouse.org/donate-now-2/ In the memory of Marian J. Cole