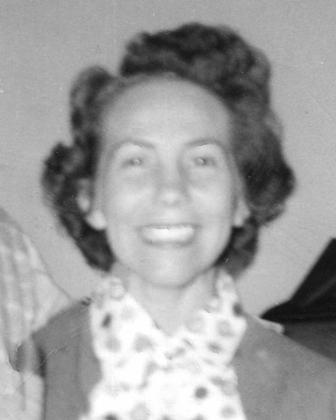 Marian Giano White, age 93, of Rancho Palos Verdes, passed away on April 23, 2013. She had a long and full life, filled with family and friends. Her greatest joys were her children, Doug, Victor, Judy, Paul and Sue, ten grandchildren and two great-grandchildren. Her greatest love was her husband of 66 years, Victor, who preceded her in death. Marian Giano was born on May 17, 1920 in Via Acuna, Mexico. She spent her childhood growing up on a ranch, surrounded by her beloved sisters, Cora and Nena, and her three older brothers. She moved to Texas as a young adult and then called many cities home as the proud wife of United States Air Force officer, Victor White. Together, she and her husband travelled the U.S. and eventually settled in Rancho Palos Verdes in 1969. Her beautiful home there was the scene of many wonderful family gatherings. Holidays and special meals for her grandkids filled the home with laughter and love. Not only was she a mother to her own children, but was a mom or grandmother to anyone in need. She truly lived to help others and her home was always open to all. Her life was blessed in many ways. She will be fondly missed and greatly remembered by all those who knew and loved her.