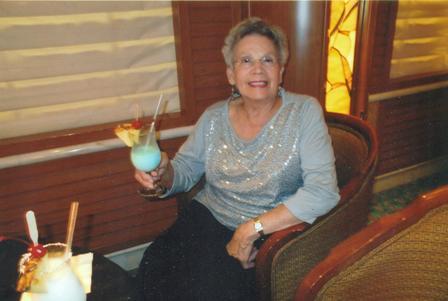 Drummond, Maria "Nell" Born on September 21, 1937, Nell passed away peacefully on June 27, 2014 with close friends by her side. Born in Mexico, raised in New York, Nell migrated to Southern California with her mother and went to work for Hughes Aircraft. She retired after 27 years in 1989. Nell was the consummate volunteer. One of the first at the Long Beach Aquarium and many years at Torrance Memorial Hospital. As a longtime parishioner at American Martyrs Church she was active in numerous clubs and ministries. She was a 14 year resident at New Horizon senior community in Torrance and had recently joined the South Bay Strummers after a trip to Hawaii. Nell never met a stranger. She was a fun, caring and vibrant lady who will be missed by all who knew her. Mass will be celebrated Monday, July 7, 2014 at 10AM at American Martyrs Church, Manhattan Beach with a reception to follow at the church hall.