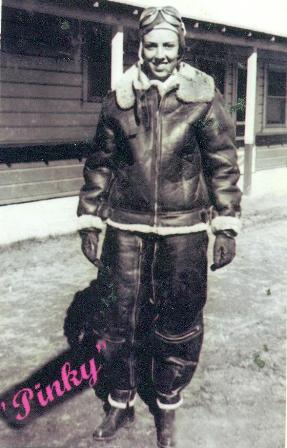 Margaret "Butch" Pinkie" Weiss 92 passed away peacefully in her sleep Tuesday morning June 10, 2014 in her home in Pasadena, CA. Miss Weiss was born January 14, 1922. An only child, she grew up in the San Fernando Valley, graduated from San Fernando High School in 1939, and graduated from the Immaculate Heart College with a Bachelor of Arts Degree in 1948. She loved her family and serving in the community, but from early childhood her passion was flying. In 1943 she realized her dream and received flying lessons. She then became a WASP (Women Airforce Service Pilot) test pilot where she faithfully and joyfully served until honorably discharged in December, 1944. When she was released from the WASP's, she returned home where she joined the Sisters of the Social Service from 1945 -1973 with her main focus on the Regis House in Los Angeles. She remained closely associated with the WASP association and other women who served throughout her life. In 2010 she (and the other surviving WASPs) were invited to Washington D.C. where she received a Congressional Gold Medal for her service as a WASP. She was a woman of amazing talent and ability who lived a simple life and selflessly touched many lives. She was never married, but leaves behind many cousins and friends who loved her dearly. Services for Miss Weiss will be held at the Riverside National Cemetery in Riverside, CA on Wednesday June 25, 2014 at 12:30 PM.