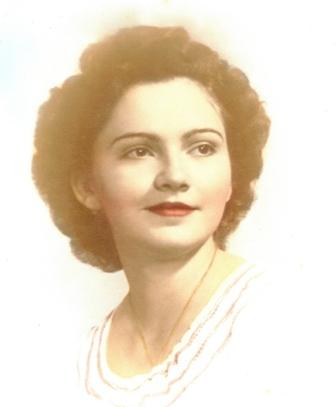 Margaret Ayotte, a 50 year resident of the South Bay, passed away on December 7, 2011 in Torrance, CA. Margaret was born to Paul and Dorothy (Neilsen) Salentiny on February 28, 1928 in Crookston, MN where she grew up. After graduation from High School she moved to Los Angeles where she met her husband Ernest Ayotte, also from Minnesota. They were married on July 29, 1950 and lived in Torrance since 1955. Margaret was predeceased by her husband in 1984, her son Peter in 2011, and her sisters Ellen Low, Mary Ann Reich, Pauline Salentiny, and her brother Peter Salentiny. Her youngest sister, Angeline Segerstrom still resides in Minneapolis, MN. Margaret is also survived by her daughter-in-law Tracy Ayotte and her grandchildren Robert and Bryan of Torrance. Margaret started working for Hughes Aircraft Company, El Segundo, CA in 1956 and retired after 28 years of employment in 1984. She was a parishioner of St. James Catholic Church in Redondo Beach. She lived for 15 years in Murrieta, CA before returning to Torrance where she spent her final years at the Pacific Inn on Torrance Blvd. She loved to play cards, bingo, and visit the local casinos - we know she enjoys playing cards in heaven. She was interred alongside her husband at Riverside National Cemetery in Riverside, CA.