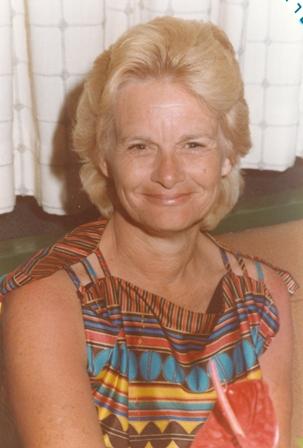 Margaret Elliott Schafer December 30, 1930 - May 25, 2012 Margaret passed away very peacefully at home with her children and husband by her side. Margaret went to Redondo Union High School where she met her first husband, Elgin. They had two daughters, Valarie (her favorite) and Vickie and a son, Michael. They were married 25 years until his death in 1973. In April 1981, she married Kent and they were married 31 years. Kent lovingly cared for Margaret at home during her illness until her death. Margaret owned and operated Baskin-Robbins ice creams stores in Woodland Hills, Redondo Beach, Torrance and Palos Verdes for over 35 years. She loved weekend trips, gardening, entertaining her family on holidays and her little dog, Bailey. In addition to her three children, Margaret is survived by her grandchildren, Jeremy, Justin, Ryan, Holly and Jamie. In lieu of flowers, a donation to the Alzheimer's Foundation would be appreciated. Burial services will be private.