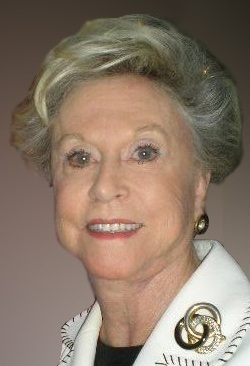 Margaret "Maggie" Anderson 5 November 1934 - 23 March 2017 Maggie was born in London, England, surviving the Blitz before moving to Scotland in 1948, where she was an active member of the School Dramatic Club. Maggie arrived in Los Angeles in 1958, as one of a group of TWA Flight Attendants, or Air Hostesses, as they were called at that time. Following her career as a Flight Attendant, Maggie became the Special Passenger Services Representative at LAX, where she "handled" all the VIPs. Before her retirement, Maggie continued her lustrous career with American Airlines and then with LAX Administration. Maggie is preceded in death by her husband Carl Anderson and survived by her brother Jeffrey and his wife Veronica, her nieces Roslyn and Louise and their families. A Celebration of Life will be held on Sunday 9 April at the California Yacht Club. For details, please be in touch with jgardner@dslextreme.com. Should friends desire, contributions may be sent to The Lange Foundation, 2106 S. Sepulveda Blvd, Los Angeles, CA 90025.