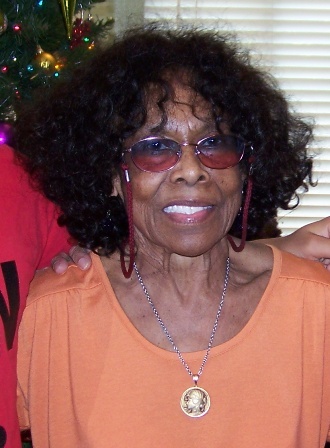 Marcine Rachel Fisher Smith departed this life peacefully at home in Upland, California, on Saturday, February 7, 2015. Marcine was born December 23, 1937 in Allegheny County, PA to Noel Oliver Fisher and Rachel Adaline McDonald. The eldest of three children, Marcine spent her youth in Pennsylvania and later followed her parents and brother to the west coast. In her later years, she called both California and Las Vegas, Nevada home. She attended middle and high school in Moon Township, PA. While in Pennsylvania, she met and fell in love with Charles Johnson and together they had one son. Eleven years later, she met and fell in love with Ralph Tubbs and was blessed with a daughter. In her later years, she had a very caring relationship with Otto Hevia until his passing in 2005. Marcine loved life and liked to have fun. She had many passions, and was very artistic. Most would describe her as a "fancy" lady who loved fashion and entertaining. Marcine had a variety of career experiences from working as a hostess to running a tax preparation business. In her later years, she experienced some health challenges, but her spirit remained strong. She worked as a poll worker and supervisor for several general elections, and returned to school and attended Chaffey College at the age of 75. To cherish her memory Marcine leaves: her loving children, Stephanie Wiltz and Ernest Johnson; brother, Leroy Fisher; three grandchildren; one great grandchild; and a host of other family and friends. Marcine was preceded in death by her parents and brother. She will always be remembered for her shining smile, joyous laugh, and the love that she had for those closest to her.