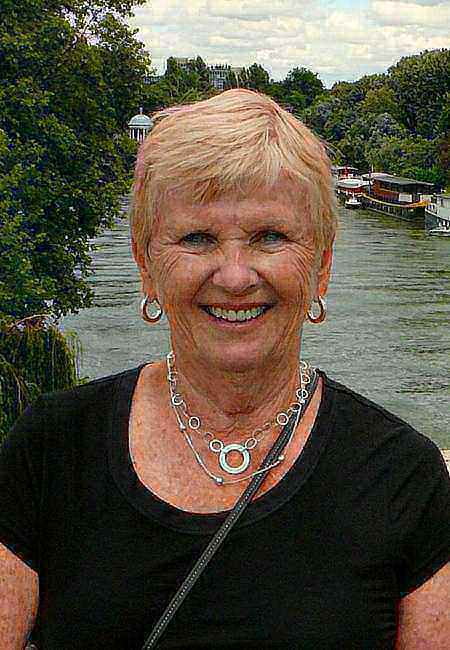 Marcia was born in Grand Rapids, MI on 03/27/1938, and passed away July 23, 2013. She attended school at Marywood Academy in Grand Rapids then graduated University of Michigan with a B.A. in Journalism in 1959. She met her husband, Arthur Wible, in the Journalism School in 1957. They married in Grand Rapids on November 19, 1960. She worked at the Grand Rapids Press as a Women's Editor in 1959 and as a reporter at United Press International in Chicago before starting her family in Chicago where her husband worked for the Chicago Tribune. The family lived in Evanston, Elmhurst, and Western Springs, IL. They also lived in New York, Greenwich, CT, Dallas, and Chicago during her husband's Newspaper career. Thirteen years ago they moved to Manhattan Beach where her husband was Publisher of the Daily Breeze. They have maintained a special home in Wildwood in Bridgman, MI since 1967, and they built their retirement home there in 1999. Marcia is blessed with five children: Arthur Wible, Jennifer McCaleb, Caroline Beshke, Rebecca Foster and Jessica Loria. She has 10 grandchildrem: six in Manhattan Beach; two in Chicago, and two are in Baltimore. Her last grandchild was born on June 19, and she became his godmother in a special ceremony on June 29th. Marcia has five brothers: David Milanowski, Father Paul Milanowski, Jasiu Milanowski, Mike Milanowski, and Steve Milanowski. She is a beloved aunt to many as well. Marcia and Art have traveled extensively over their 52 years of beautiful marriage. They made it to 34 countries, and they especially enjoyed two, month-long African safaris in recent years. Most of all Marcia loved being close to God, and eight years ago traveled with her daughters to Medjugorje. Marcia died of a rare form of cancer, mucosal melanoma. She was diagnosed on January 23, and she fought hard until the end. In lieu of flowers, donations can be made in her memory to USC Norris Cancer Center where they took amazing care of her from diagnosis to treatment to death. Donations can also be made in her honor to the Melanoma Research Foundation so we can continue to fight to find a cure for this horrific disease. Please go to Rice Mortuary's website, www.lafuneral.com, to leave the family messages and to share memories.