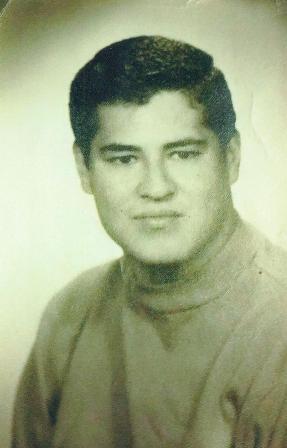 Manuel Alvizo Herrera September 8, 1943 - November 30, 2015 Son of Manuel and Nati Herrera Married Connie Fuentes April 18, 1971 Son David C. Herrera Born March 1971 Daughter Jeanette Herrera Born January 1972 Started as a Barber with his brother Eddie before his job with Inglewood Unified School District. Then finally becoming a Bus Driver which was his passion. Beloved Grandfather to Janea Herrera, Gabriella Herrera, Angelica Herrera, Desiree Flores, Amber Seañez, David Herrera Jr., Alyssa Herrera, Michael Arizmendi, Isabel Gonzalez and Amanda Gonzalez. Beloved Great-Grandfather to Delilah Abyad, Kayleigh Salvador, Audrey Becerra, Xavier Foster, Emma Torres and Lyanne Ahumada. Married 29 years when he lost his loving wife Connie. He followed her into death 14 years later to be united again. In all his many years he worked to stay close to his whole family, extended and immediate. He would often make time to visit relatives in Arizona. He also made many friends that he cared for deeply. So as we close this remembrance, to know Manuel Herrera he would want for all loved ones to be happy that he is now at peace.