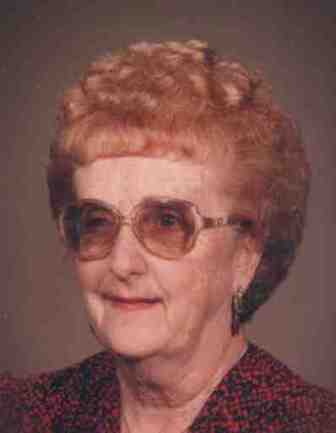 Madge Carter-Fenn, a longtime South Bay resident passed away on Tuesday October 23, 2012, at her home in Carson, CA at the age of 98. She was employed by Van De Kamps/Dorr's Market for 20 years. She loved her Dodgers and Lakers, her weekly Bingo Game Days, and many memories of traveling with her friends. Madge was such a sweet lady and will be truly missed by all. She was one of eight children and is only survived by one brother George Wood of Paso Robles, CA; son, Darrell Carter of Stockton, CA; and daughter-in-law Mary Carter of Redondo Beach, CA. Madge also leaves behind three grandchildren; five great-grandchildren; and two great-great grandchildren. She is preceded in death by her son Ron Carter; daughter-in-law; Shirley Carter; and her late husbands Eddie Carter and Hugh Fenn. A funeral service will be held at The Chapel of the Chimes in Inglewood Park Cemetery on Friday, November 2, 2012 at 2:00 PM.