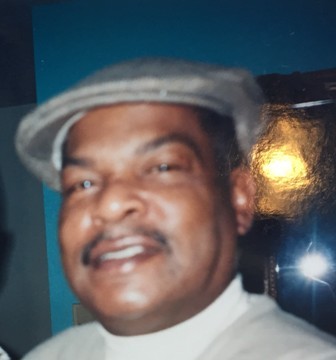 Mack Allen McClendon, Jr. was born on October 11, 1946, in Champagne, Illinois to loving parents, Mack Allen McClendon, Sr. and Ethel Annette Galloway. He was the second born and first son of eleven children. Mack received his early education in Biloxi, Mississippi attending A.E. Perkins, M.F. Nichols, and Biloxi Junior High School. After relocating to Los Angeles, California, he attended Manual Arts High School where he graduated in 1964. Following graduation, he worked for the County of Los Angeles and attended Los Angeles Trade Technical College and the University of Southern California where he obtained several certifications in the accounting field. In 1965, he met Lynn "Kitty" Branch. Mack and Kitty married in 1967 and to this union was born two daughters, Adria Davina and Kenya Lynn McClendon. Mack was a loving and dedicated father to his girls. He showered them with his time and affection and instilled great values in his daughters. He encouraged them to accomplish their goals and to pursue their college educations. He led by example by demonstrating the true meaning of "go getter" as he climbed the ladder of success in his career. Mack devoted many years in public school administration. He began as a mail clerk with the County of Los Angeles. Because of his quick intellect and willingness to learn, he was tapped to assist with preparing accounting documents. Mack would eventually promote to Principal Accountant with the Office of the Los Angeles County Superintendent of Schools. In 1983, he promoted to the position of Controller at Lynwood Unified School District. Sometime later, he again promoted to the position of Chief Business Officer with Ravenswood City School District in East Palo Alto. Throughout his career, Mack was well respected and regarded as an expert in his field. He also made many lasting friendships. After over 38 years of public service, he happily retired in 2005. Mack loved his family and enjoyed cooking and entertaining them often. One of his favorite dishes was gumbo. He was affectionately known for inviting family members over to enjoy the dish, but somehow they would end up preparing all of the ingredients. He was an avid sports fan and enjoyed watching almost every type of sport imaginable. He especially enjoyed placing wagers on horse races, and in earlier years spent many weekends at Hollywood Park. Mack also had a great sense of humor and loved telling jokes. He had a love for laughter and a knack for telling a good story. He was kind, loving, and very giving. Mack was the family patriarch who everyone looked to when help was needed. On September 27, 2015, in Newark, California, Mack Allen McClendon Jr. made his transition. His father Mack McClendon Sr.; mother Ethel McClendon; brothers Ronald McClendon and Bennie McClendon, and sister Doris Osby, all preceded him in homegoing. He leaves beautiful and wonderful memories with his daughters, Adria Davina Williams and Kenya Lynn McClendon; son-in-law Ronald Williams, Sr.; grandsons, Ronald Jr., Myles, and Jaden; siblings (and their spouses): Carl, Michael (Sheila), Barbara "Bobbie", Donald "Ray", David, Maxine (Norris), Marsha (Willie); his "adopted grandson" Antwon Calhoun, and a host of nieces, nephews, and other loving relatives and friends.