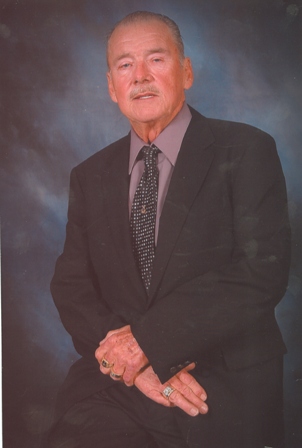 Lynn Thomas Anderson, a 61 year resident of the South Bay, passed away on Wednesday, March 21, 2012 in Redondo Beach. Born in Seattle, Washington, Lynn was 64 when he died. Lynn was a member of the Beach Cities Lodge No. 753 Free and Accepted Masons. He was a man of many talents. He was blessed with hands that could do anything. He loved his cars and and spent hours working on them. He had a passion for the great outdoors! He enjoyed fishing, boating , camping and most importantly spending time with his family. Lynn is survived by his wife of 15 years, Georgina Anderson of Redondo Beach, CA; daughter, Tammy (Thomas) Carey of Long Beach, CA; daughter, Cindy (Christopher) Parent of Ponca, OK; sister, Bobbie O'Brian of Burin, WA; brother-in-law, Edwin Scott of Ponco, OK; 11 grandchildren, 14 great grandchildren, and 1 great great grandchild. He was preceded in death by his parents, Rosalie and Wallace Anderson. A gathering of family and friends will be held at Rice Mortuary on Wednesday March 28, 2012 from 5:30 to 6:30pm with a service at 6:30pm and Reception in the Lighthouse Room until 9:30pm. In lieu of flowers, donations may be made to Miller's Childrens Hospital in support of his Great-Grandson, Jordan Macias who is currently suffering from Leukemia.