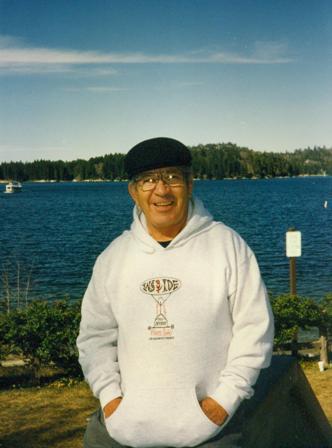 Luis Govea Sanchez, age 87, passed of brain cancer Monday, May 19, 2014, at Torrance Memorial Hospital with his loving family and friends by his side. Luis was born August 25, 1926 in Mexico City, Mexico to mother Enedina Lomeli and father Anastasio Govea. He attended military school from a very young age to later become part of the Mexican Military. In 1946, when he was 20, he moved to the Baltimore, Maryland. Two years later he met his first wife and by 1950 they moved to Torrance and he has lived there ever since. His son, Luis Jr., was born November 11, 1951. Sadly, Luis elder outlived his son who passed in 1974. On August 7, 1956 Luis got the job of his dreams as a quality engineer for Hughes Aircraft Company. He worked there for thirty-seven years, and while he was there he won many awards. Although he won many awards the most important award was the Man of the Year award he received in 1993, the same year he retired. Earlier in 1984 his first wife passed away. March 9, 1987 he met his second wife, Marlene Dueñas Lozano. It was love at first sight and they were married six months later on September 26, 1987. While he was alive he enjoyed spending time with his loved ones, traveling, making origami birds, making bird houses, collecting and making tie tags, and gardening. He was the definition of creative. He left behind a very beautiful, loving family. His adoring wife, Marlene, his step daughter Marlene, step son Lawrence, four wonderful granddaughters, Amber, Jasmine, Bethany, and Skylar, and one amazing great granddaughter Alyssa. For all of those who have had the privilege to know and love Luis, were lucky. This beautiful man left an impression on everyone he met. It's sad that the earth lost such a truly special person, but it's great that heaven gained such an amazing angel.