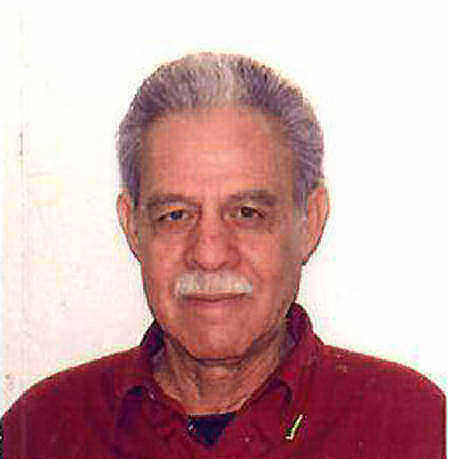 Luis Galvan, Jr. December 23, 1940 - February 20, 2012 Luis passed away and went to be with his Lord and Savior on February 20, 2012 after fighting a courageous battle to overcome kidney and esophageal cancer. His family celebrates his promotion to glory, though he will be deeply missed until we are with him again. He went by the cherished name of "Papa", a name given to him by his oldest grandson. He was kind and caring to all he came into contact with, and had a strong belief in and relationship with God. He was a member of the U.S. Air Force for eight years prior to joining Aerospace Corp. in 1969 and working with people for whom he cared deeply. Devoted to his family, he is survived by a large family who loved him, including Barbara, his wife of 39 years; daughter Darolyn Jensen; daughter and son-in- law Kelly and Greg Chamberlain; grandson whom he helped raise and granddaughter-in-law Matthew and Vanessa Jensen; granddaughter Elizabeth Chamberlain; grandson Joshua Chamberlain; and his two cherished great-granddaughters Brooke and Willow Jensen. He is also survived by two sons, Jose and Dominic Galvan. He is preceded in death by his mother Antonia Galvan, and is survived by his father Luis Galvan. Viewing will be held Friday, February 24, 2012 from 6:00 p.m. to 8:00 p.m. at White & Day Colonial Mortuary, 901 Torrance Blvd., Redondo Beach, with services on Saturday, February 25, 2012 at 11:00 a.m. at The Salvation Army Torrance Corps, 4223 Emerald Street, Torrance. He will be interned immediately following at Pacific Crest Cemetery in Redondo Beach.